Can this be true? 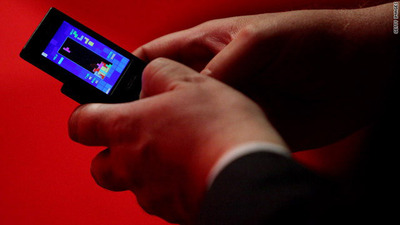 A new study suggests that the rapid-fire visual puzzles that make Tetris so engrossing may also make the video game a promising treatment for post-traumatic stress.

Recurring, intrusive thoughts of a traumatic event are one of the hallmark symptoms of post-traumatic stress disorder (PTSD), a type of anxiety disorder. According to the study, which appears in the journal PLoS ONE, playing Tetris soon after a traumatic experience appears to protect against these flashbacks, by distracting the brain from the event and short-circuiting how upsetting memories and images are stored.

Not just any video game will do. Notably, the study found that games that rely on trivia or language skills don’t appear to have the same therapeutic effect as stacking Tetris blocks, probably because they activate different areas of the brain.

“Verbal tasks may not be as effective because they will not affect the same neural networks,” says Dr. Alexander Obolsky, M.D., a professor of psychiatry at Northwestern University, in Evanston, Illinois, who specializes in the treatment of PTSD. “It’s a different part of the brain that processes that information.”

Actually playing Tetris may even build up your brain. The researchers concluded that, “A visuospatial task such as Tetris may offer a ‘cognitive vaccine’ against the development of PTSD flashbacks after exposure to traumatic events.”

I don’t know if I am buying it but I have been using “Angry Birds” to ease some stress at work and I think it has helped me sleep too.