Is Andropause or LowT a disorder? No, but I just saw on TV there is a pill from Abbott for that…or more specifically a gel.

It is however a simple consequence of living for a long time. Testosterone levels decline 1% every year after the age of 30, so if you have been lucky enough to live until 60 years old, your testosterone level will on average be 30% lower than it was at aged 30.

Here’s the 21st century kicker in all of this. In addition to the natural testosterone decline that you will suffer, there is also a pronounced decline taking place in the overall testosterone levels of the general population. Heck just watch TV…we are just less macho and with American women seeking sensitive men we are obliging them by decreasing our T levels generation after generation.

The ‘Journal of Clinical Endocrinology & Metabolism’ published a study showing that testosterone levels have, on average, declined 1.2% per year for the past 25 years. This was a huge, well designed study – and nobody seems to be able to explain why this is happening.

So, we find ourselves in the 21st century with an increasingly elderly population, with significantly lower testosterone levels than they had in their prime, as well as some kind of environmental factors at work that are compounding the problem even further.

So, is Andropause a disorder? No, it’s just a normal consequence of living for a long time in a developed country.

So, why treat andropause? Well, that’s the part that some people don’t like – treating andropause allows men to make the decision to reject ‘normal’ and aim for something a little better than that. 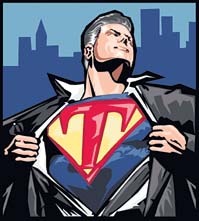 We are entering the age of ‘personal enhancement’ – people are not just using medicine to treat diseases, they are also using every tactic possible to improve the quality of their extended lifespan. It’s not just enough to live, people want to live ‘optimally’.