It’s been a long time since September 13, 2009. Barack Obama hadn’t even been in office a whole year. The Arizona Cardinals were almost Super Bowl champions. And nobody knew of Escalades or trees or golf clubs or Perkins. It was back when Tiger Woods was simply “Tiger Woods, greatest golfer alive.” 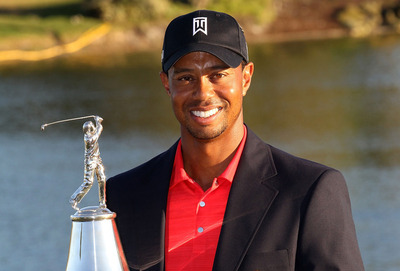 That date marked the last time Tiger stood over a putt on the 72nd hole knowing he was going to be champion of a PGA Tour event.

And while it seems like it has been a lifetime since all that happened, the strangest thing about this whole week at the Arnold Palmer Invitational is just how comfortable the whole process turned out to be.

Tiger Woods won a PGA Tour event on Sunday. He did it by five shots over a group of solid competitors that while in the mix, never seemed to give up much of a fight. If nothing else, that outline has basically been the story of Tiger’s career when he got himself in the lead.

It was great to see him back on top of the leaderboard again. It is certainly good for the PGA.