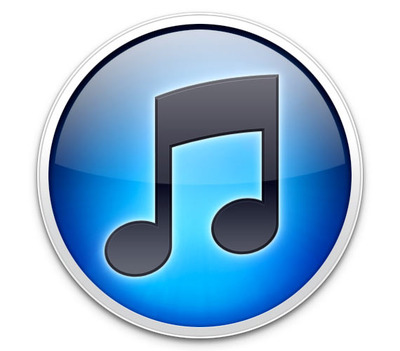 I was a typical iTunes consumer. Since it was launched 10 years ago I used it often to download songs, but not as much as I used to.

Today however there are so many other options, such as free online radio services Pandora and iHeartRadio, music-listening on YouTube and on-demand services including Spotify and Rhapsody that let you listen to millions of complete songs for a monthly fee.

Now as Apple prepares to mark the 10th anniversary of the iTunes Music Store on Sunday, it sees a radically different music landscape not as predicated on downloads.

Ten years ago, record stores were in full force (although hurting) and music downloading was something young folks did at pirate websites. The introduction of iTunes, where all songs were 99 cents and could be easily transferred to an iPod, made downloading mainstream. 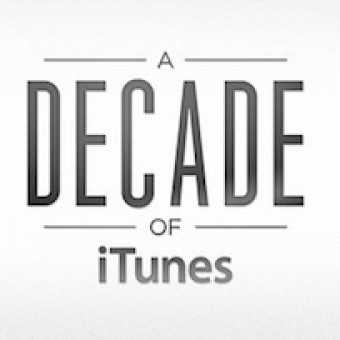 “We thought if consumers had a great, legal way to download music, they would embrace it,” says Apple Senior Vice President Eddy Cue. “Apple was floored, as were the labels, when customers bought over 1 million songs during the first week.”

The iTunes Store launched with 200,000 songs and now has 26 million. Within 10 years, it would become the top retailer of music, selling more music than Wal-Mart, Target and Best Buy. Record store chains Tower and Sam Goody are out of business.

When Apple reported its quarterly financial results this week, it said it sold a record $4.1 billion worth of media on iTunes, but that includes music, movies and TV shows, books and apps. In 10 years, some 25 billion songs have been sold on iTunes. Less clear is how long the music download party will continue.

“There is a major shift to how consumers consume music, and it’s driven by the smartphone,” says Gene Munster, an analyst at Piper Jaffray.

The ubiquitous smartphone — whether it be the iPhone, an Android model, or a recent BlackBerry or Windows phone — has storage for our contacts, a Web browser and the ability to listen to multitudes of songs over the air.

The iTunes store dominated by downloads “is on its last gasp,” says Bob Lefsetz, a former music industry lawyer and blogger at the Lefsetz Letter. “YouTube is where most young people listen to music now.” (More than 1 billion people visit the site each month.)

“When iTunes turns 15 years old, we won’t be talking about downloads, because Apple won’t be selling them,” he says.

Apple until now has resisted expanding beyond downloads, saying consumers wanted to own songs, not “rent” them.

But this year, perhaps as early as June, it is expected to unveil a personalized radio service similar to the popular Pandora (which has 200 million registered users) that would get prominent display on Apple devices.

When the service analysts have called “iRadio” launches, downloads will no longer be as dominant, says Ted Cohen, a former executive with record label EMI who runs the Tag Strategic consulting firm. “People will say, `Why didn’t anyone think of this before?’ Apple wasn’t the first to have music downloads. But when iTunes Store launched, people acted like it hadn’t been done before, because Apple did it so well.” 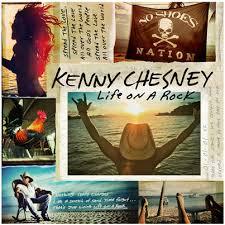 In a sign of the times, Apple appears to be testing the waters for online streaming. In iTunes now, a preview of country singer Kenny Chesney’s new Life on a Rock album can be listened to in its entirety online — several days before the album is available as a download sale. Earlier this year, Apple streamed new albums from Justin Timberlake and Depeche Mode. 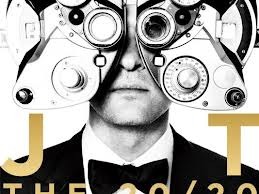 Yet despite the acclaim for music services such as Spotify and Pandora, downloads still dominate how consumers obtain digital music, says Russ Crupnick, an analyst at researcher NPD Group.

Customers of services such as Rhapsody (with over 1 million subscribers) and Spotify (5 million) are in major population centers, NPD’s Crupnick says, and they don’t care as much about owning music. Elsewhere, though, “there are tens of millions of people who still, even if it’s on a phone, still want their iTunes collection,” he adds.

NPD gives Apple a 63% market share for music download sales in the most recent fourth quarter, compared with its closest competitor, Amazon, at 22%. Last year 44 million Americans bought at least one song track or album download, a statistic that has remained stable over the last three years, Crupnick says.

“If downloads were still important, we’d all need more storage,” Lefsetz says. “Apple knows which direction this is going.”

The killer app for the iPhone is actually the iTunes App Store.

Five months after Apple launched its online emporium, I believe it even more, my friends nd colleagues having downloaded a gaggle of programs, including some that transform the iPhone 3G into a harmonica, metric system converter and level.

There are now more than 10,000 of these applications for the original iPhone, its 3G successor and in most cases, for the iPod Touch. Many are free.

Because of the drain on the battery, Apple still won’t let developers produce apps that run in the background. So forget about listening to Internet radio while checking e-mail for now. The market is also waiting on an app that will let you shoot video.

That said, exploring the App Store on your handheld or via computer is a delight, and you can rely on fellow users for reviews. Some of my favorites:

Listening to radio. There’s a reason Pandora has emerged as the most popular free iPhone application. Type a song or artist’s name, and Pandora creates an instant radio station inspired by your selection, same as on a PC or Mac. Fine-tune stations by indicating whether you like what’s being played. In some cases, you can buy the music you hear through iTunes.

The iPhone, of course, functions as an iPod. But your storage is limited. If you have gobs of music on your computer, consider Simplify Media. The $3.99 program lets you stream (most of) your music collection and that of up to 30 friends.

Setup is simple, and though music sometimes is slow to start up, it sounds good. (It works on Wi-Fi, 3G or pokier Edge networks.) You can view song lyrics and artist bios. But Simplify can’t remotely play iTunes purchases that are DRM or copy protected.

How often have you heard a song on the radio or in a club but didn’t know its name? Hold the iPhone up to the radio, and let the free Shazam app identify the tune, usually within 20 seconds. Shazam doesn’t get it right every time. But it correctly tagged material as varied as Come On Over from Isobel Campbell & Mark Lanegan and Corcovado from Astrud Gilberto.

Making music. Smule’s addictive 99-cent Ocarina turns the iPhone into the ancient flute-like instrument. You softly blow into the iPhone’s microphone and play notes by pressing and holding your fingers over any of four virtual on-screen holes. There are 16 possible combinations, and you can alter the sound by tilting the phone. There’s even “sheet music” on Smule’s website to play anything from Over the Rainbow to If I Were a Rich Man. Ocarina is social. Tap a globe icon to rate performances from users around the world. They, in turn, can show you the love.

Or try developer Benjamin McDowell’s Harmonica app, also 99 cents. Sure, it’s odd putting your mouth on the screen. Fortunately, you can also play with fingers.

But as a casual gamer, I gravitate to titles such as Brain Toot (99 cents), which serves up vision, memory and other mind exercises. In one, while being timed, you must pick out the highest or lowest numbers from a series of numbers shown.

Semi Secret Software’s $1.99 Wurdle is a wordsmith’s addiction, kind of like Boggle on the iPhone. Against the clock, trace your finger across a letter-filled board to spot as many words as possible.

Handy to have around. Want to convert kilometers to miles? Celsius to Fahrenheit? Fetch currency rates? Western ITS Limited’s simple a2z Pro Unit Converter is free and a boon to folks who travel overseas.

The iPhone lacks a voice recorder. The 99-cent Retronyms Recorder adds the capability. There are a few ways to save recordings to a PC or Mac. You can e-mail a link or sync up recordings via Wi-Fi to listen in iTunes or another player.

Worried about adverse reactions? The free Epocrates Rx database can clue you in. You’ll grapple with medical jargon, since Epocrates is aimed at health care pros. But the app can enlighten you about the drugs family members swallow. And if you’ve got a loose pill lying around, you might be able to identify it by entering its color, shape and other characteristics.

Looking for a new place to eat? Urbanspoon helps find restaurants near your GPS location. Shake the phone to spin three wheels, one representing neighborhood, the second, a food type, and the third, price. When the wheels stop, you’ve landed on a random listing with an eatery’s phone number, address and reviews. The app is free.

Rather dine at home? The 99-cent Grocery IQ shopping list might help you bag the right ingredients. It has a 130,000-item database, right down to brand-name peanut butter, pretzels and pasta. You can choose quantities and sizes, and check everything off as you patrol the supermarket aisles. Or e-mail your list to whoever is shopping for you. 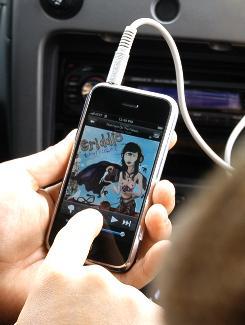 The free Google Mobile App has direct links to popular Google programs, including your Docs, News, Maps and location-aware search. Google also can search your phone’s contacts, calendars and so on. The gee-whiz feature is Voice Search. Hold the phone up to your ear and bark out a query. Results aren’t perfect. Google recognized a search for “child-friendly restaurants” as “cadence-friendly.”

As part of its free app, Amazon is experimenting with an interesting feature called Amazon Remembers. You snap a picture of a product with the iPhone camera; photos are stored at the Amazon site. Amazon will try to find a similar product for sale on the Web, even at rival sites.

Need help hanging a picture? PosiMotion’s 99-cent A Level utility works in landscape, portrait or face-up mode. As with a real spirit level, you try to position the iPhone so the bubble is aligned in the center of the screen.

Talk about not being on the level. You’re on a blind date that’s soured and are dying for an excuse to bolt. The aptly named 99-cent Fake Calls app from Magic Tap is your ticket outta there. You can select the time a fake call will come in, customize the “caller’s” picture and choose a ring tone. You’ll have to devise your own excuse for making an exit.

I heard that soon there will be a US$99 version! 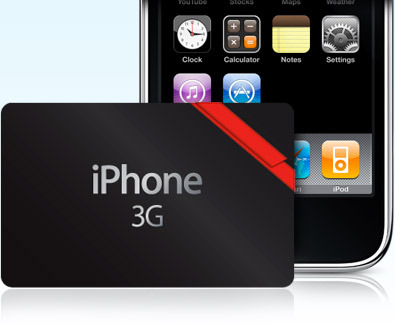