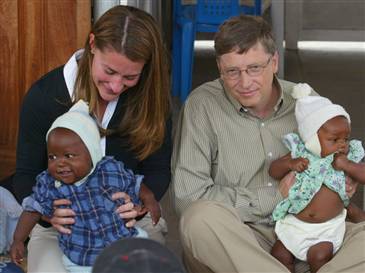 More than any other entrepreneur, Bill Gates is the reason you’re using a personal computing device to look at this story right now. For that, he became the world’s richest man.

Now, Gates is no longer the world’s richest man because he’s busy spending his money trying to save the world from disease and poor education.

Microsoft appears to have finally locked up rival Yahoo in a long-awaited Internet search partnership aimed at narrowing Google’s commanding lead in the most lucrative piece of the online advertising market.

A person with knowledge of the talks told The Associated Press that the details of the Microsoft-Yahoo alliance are expected to be announced Wednesday. This person spoke Tuesday night on condition on anonymity, confirming earlier reports, because the deal was not yet final.

Both Redmond, Washington-based Microsoft and Sunnyvale, California-based Yahoo declined to comment late Tuesday.
The deal does not appear to be as far-reaching as many investors envisioned.

For instance, Yahoo would not get cash payments in advance from Microsoft. That development could disappoint investors. Yahoo Chief Executive Carol Bartz had pledged she would join forces with Microsoft only for “boatloads of money.”

I think this is good news…I don’t want everyone to know where I browse but I am sure marketers do.

With U.S. and European regulators and watchdogs worried that Internet companies are compromising users’ privacy by keeping data about online behavior for long periods, Yahoo Inc. said Wednesday that it would shorten that time from 13 months to 90 days.

The retention policy is the shortest among major U.S. search engines and could pressure rivals Google Inc. and Microsoft Corp. to reduce the time they keep information about their users. In September, Google began to remove portions of personally identifiable information after nine months. Microsoft, which keeps such data 18 months, said last week it would support an industry standard of six months.

This policy if it spreads to other companies will hinder the new movements that create a profile of users’ likes and dislikes. Marketers can then serve the advertising that suits a person’s preferences.

Microsoft recently failed in its pursuit of Yahoo. It is paying people to use its search engine. Now Microsoft thinks it has found a promising source of users for its foundering search service: Facebook, the social networking site. 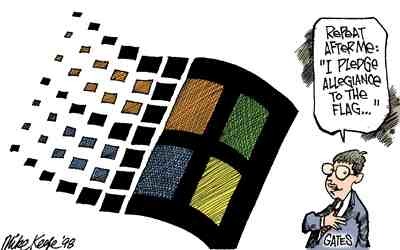 Microsoft said Thursday at a meeting with financial analysts at its headquarters in Redmond, Wash., that it would soon begin providing Web search services and associated advertisements by the end of the year on the American portion of the popular social network. 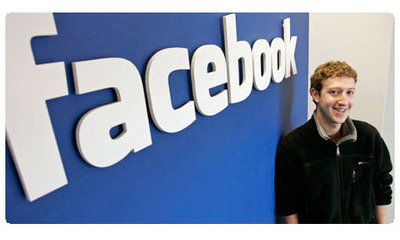 It makes sense in business the adage location, location , location is the mantra retailers use as one of the keys to successful business. “One of the issues with Microsoft search is that people just haven’t been exposed to it,” said Greg Sterling, founder of Sterling Market Intelligence, a consulting and research firm. “Familiarity and inertia keep people using what they use on the Web.”

To Microsoft, Facebook is a quick way to expand the audience for its search engine. More than 29 million people actively use Facebook in the United States. They will soon see prominent displays of Microsoft’s Live Search box on their friends’ and their own Facebook pages.

The agreement augments an existing advertising deal that the companies struck in 2006 and later expanded globally. Microsoft already sells and manages display advertisements on Facebook. Last October, the companies inched even closer together when Microsoft invested $240 millionfor a 5 percent ownership stake in Facebook.

The search deal could be a lift to Microsoft as it seeks to catch up with Google and Yahoo in the search business. In June, Google accounted for 61.5 percent of search queries in the United States, dwarfing Yahoo, with 20.9 percent, and Microsoft, with 9.2 percent of queries, according to tracking firm comScore. One of the reasons Microsoft pursued Yahoo so doggedly this year was to increase its share in the overall market.

The deal marks the second important distribution agreement for Microsoft’s search service in as many months. In June, Hewlett-Packard, the world’s largest PC maker, agreed to put Microsoft’s service on its desktops.