I am learning Spanish and I find that learning songs is a great help…I learned this when I was a teen and still know it to this day!!! Hopefully I can become more fluent especially with the increase in Spanish speaking workers coming to Atlanta.

I just read an article by Kathleen Doheny that made me pause and reflect about the friends I have met over the years. She suggests that the next time you have a first date, forget about chemistry and common interests. What really matters, new research suggests, is whether your language styles match.

I have lived overseas so long I wonder how this applies to couples where even the languages themselves don’t match.

The kind of language style the researchers focused on was the use of such words as personal pronouns (I, his, their); articles (a, the); prepositions (in, under), and adverbs (very, rather) — the types of words most people don’t give much thought to.

But when this language style is in synch with someone else’s, well, the sparks might just fly, said study author James Pennebaker, the chair of psychology at the University of Texas at Austin. He and his colleagues evaluated the language style of men and women who were speed dating and found that the more it matched, the better. When speed daters picked their matches, they tended to go for those whose language style matched their own, he found.

“You are four times more likely to match and probably go on a date if your language style matching is even just above average,” he said.

In a second study, Pennebaker’s team looked at couples’ instant message exchanges and SMS and found that language style matching mattered there, too. Participants were age 19, on average, many of them living in different towns as they attended school. 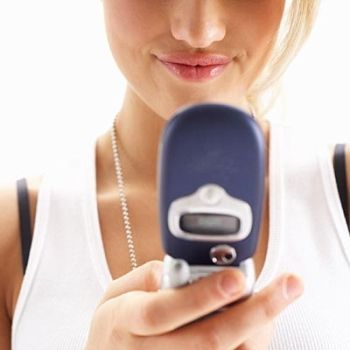 “These are wonderful groups to study,” Pennebaker said. “They have notoriously unstable relationships.”

They had to be dating at least six months. “What we found is if their IMs were high in language style matching they were much more likely to be together three months later,” he said.

Those with the highest matching, he said, “were 50% more likely to be dating at follow-up.”

I think it may be a bit of both, and paying attention to the other person counts too. I have certainly heard the phrase, “Are you listening to me?” uttered to me in anger a few times in my life from a frustrated woman.

The new study shows that, “…the words we choose in everyday interactions are related to the success of our relationships, including whether the relationship progresses from a casual meeting to a romantic relationship and whether we resolve conflicts.”