Our cultural connection to Colonel Sanders seems to have been lost in the deep-fryer of time.Colonel Harland Sanders, the goateed founder of KFC known for his white suits, string ties and “finger-lickin’ good” punch line, would have turned 120 years old today. 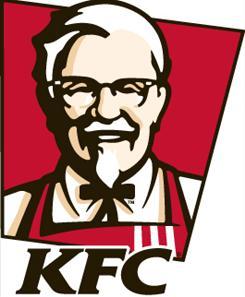 But young adults don’t know him from beans. More than six in 10 Americans ages 18 to 25 — the chain’s key demographic — couldn’t identify him in the KFC logo, according to a survey last week by the chain.

Worse, five in 10 believe he’s a made-up icon and three in 10 haven’t a clue who he was.
That’s why KFC is taking action. Today, the world’s largest chicken chain, with 15,000 outlets in 109 countries, unleashes an online PR blitz aimed at bringing the Facebook generation eye-to-eye with the venerable colonel.

“As time has gone by, the younger generation didn’t get to see and experience him like other generations did” in ads and personal appearances, says spokeswoman Laurie Schalow. “We plan to celebrate the fact that our founder was a real person.”

KFC will be using its Facebook presence, Twitter, MySpace, the KFC website and other digital outreach to introduce them to Sanders and prod them to create and upload a piece of art that could become a painting to hang (temporarily) next to the famous Norman rockwell painting of Sanders at the company’s headquarters in Louisville.

The image confusion is in part KFC’s own doing.

In the past few decades, it ping-ponged back-and-forth from fried-chicken-maker to grilled chicken specialist. In the logo, it put the colonel in a red apron instead of his iconic white suit. And it turned its Kentucky Fried Chicken name into KFC. 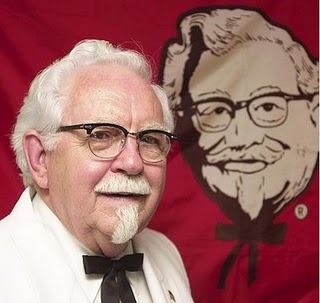 “I wonder if most kids know what the initials KFC stand for?” poses brand guru Steven Addis. “It’s just an alphabet soup now.”

But Addis likes it that KFC essentially as the Colonel might have put it, is now “fessing up”. “It’s a desperate but smart act to re-educate a generation,” he says. “It’s a clever way to embrace the problem rather than hide from it.”

On a vaguely similar but much larger scale, Domino’s late last year tossed out its pizza formula and mocked itself in ads that conceded the old pizza tasted like cardboard. Sales zoomed.

For KFC, it’s been a rough year domestically. KFC’s same-store sales fell 7% in the U.S. in the second quarter, facing a difficult comparison with the same quarter in 2009 when a new grilled chicken product was launched.

KFC has basically stopped growing in the U.S., and almost all growth is pegged to come internationally in 2010.

Now, KFC’s trying to paint a new picture — actually asking its core consumers to paint it for them.

Through Sept. 30, artists can upload their sketches of the colonel at kfc.com/portrait.
The winning artist will receive $1,100 ($100 for each of the 11 herbs and spices used for the Colonel’s Original Recipe chicken) and get to paint a new portrait of the colonel.

One last twist: The artist will be using paint into which KFC has blended the secret 11 ingredients. 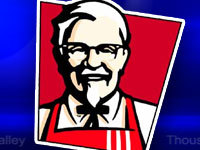 Oprah Winfrey is regarded as the most influential woman on U.S. television, driving popular opinion in areas such as books, pop culture and even politics through her support for Barack Obama’s presidential campaign. KFC’s latest promotion is proof positive!

Some claim it was her support that catapulted Obama into the Whitehouse. 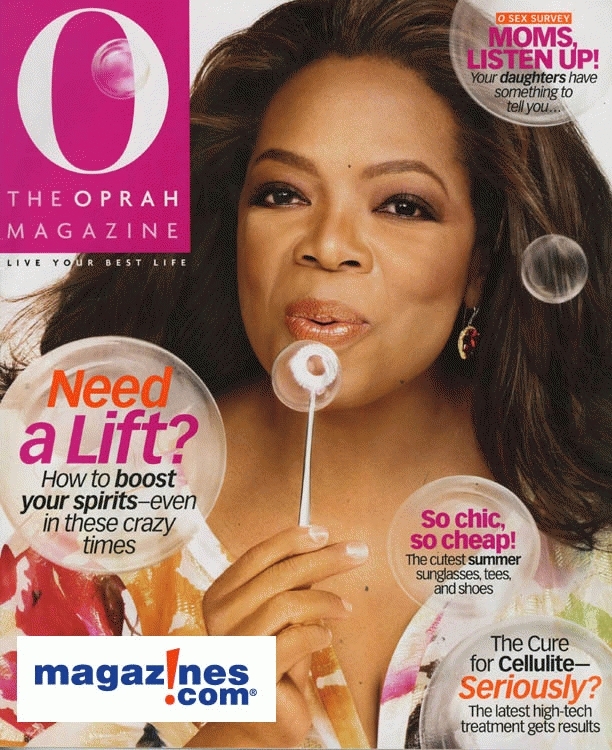 The Oprah Winfrey-fueled free chicken give-away that caused pandemonium this week at Kentucky Fried Chicken restaurants has been canceled due to what the fast-food chain called an “overwhelming response.”

I went of course and got a “rain check.”

Roger Eaton, president of KFC in the United States said restaurants would no longer accept the free coupons for its new grilled chicken meal after Oprah’s chat show promotion caused long lines around the nation.

“The lines of customers wanting to redeem their coupons have been out the door and around the block, so we’re unable to redeem customer coupons at this time.” Eaton said in a statement issued late Thursday.

KFC said millions of Americans had downloaded free coupons after the offer was featured on “The Oprah Winfrey Show” and Web site on Tuesday, driving traffic to levels unseen in the brand’s 50-year history.

Eaton apologized to customers for the cancellation of the scheme and said those who already had a coupon could get a rain check form to enable them to use it at a later date.

For the second year, Kentucky Fried Chicken is working with Yahoo to take advantage of the large public interest in the NCAA “March Madness” basketball championships in a way that avoids expensive official sponsorship.

KFC is one of several brand advertisers using Yahoo and the Web to capitalize on such big sporting events without buying high-priced TV ads or other cost-prohibitive placements that usually involve official involvement or sponsorship.

As it did last year, KFC is again serving as the March Madness “Tournament Pick’em” sponsor on Yahoo Sports. Fans will be able to create printable tournament brackets that can be taken to KFC restaurants nationwide to garner discounts on hot wings. Yahoo regional sales VP Chris Karl said KFC was so pleased with the success of last year’s similar campaign it is committing to Yahoo all of its March Madness online ad spend.

“The Yahoo relationship is a great one, with excellent visibility for our brand with a key customer base, and we’re going for a breakthrough number of impressions and video views compared to last year,” said a KFC spokesman. KFC’s 15-second commercial spot is included with each view of tournament video highlights and the printable bracket.

With the NCAA championships, a 4.5-week marathon of games involving 64 teams, college basketball fans rabidly participate in Yahoo’s “Tournament Pick’em” game, Karl said. He called the month “arguably one of the best opportunities to engage sports fans because of the length of time.”