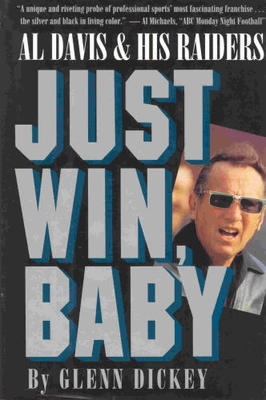 One of the reasons I grew to love the NFL was Al Davis…before there were sports franchise owners like George Steinbrenner, Jerry Jones or Mark Cuban, there was Al Davis, outspoken and brash, who was a central figure in the merger of the upstart American Football League with the established N.F.L., paved the way for the extravaganza known as the Super Bowl, and managed to win championships while irritating the rest of pro football.

Davis was a coach, general manager and owner of the Raiders for nearly 50 years. He left briefly, in 1966, to become the commissioner of the A.F.L., vowing to battle the older N.F.L. for the best players available. That attitude helped lead the N.F.L. to agree to play the A.F.L. in an annual championship game, which became the Super Bowl. In 1970, the leagues played a united schedule, creating the modern N.F.L.

For his part, Mr. Davis vehemently opposed the merger. And he feuded for decades with the former N.F.L. commissioner Pete Rozelle and sued the league in the early 1980s so he could move the Raiders from Oakland to Los Angeles. Then, 13 years later, he moved them back.

Davis became the symbol of a franchise that garnered a reputation for outlaw personalities and a kind of counterculture sensibility. The Raiders were the first franchise in the modern era to have a Latino head coach (Tom Flores), a black head coach (Art Shell) and a female chief executive (Amy Trask).

He was also one of a dwindling number of N.F.L. owners whose riches came primarily from the business of football. There were no hedge funds or shipping companies in Davis’s background. He simply ran the Raiders — the team appeared in five Super Bowls under his ownership, winning three — and his business model could, for all intents and purposes, be summed up by the phrase that became his franchise’s motto: “Just win, baby!”

Mr. Davis generally inspired deep loyalty from his players, though he had an ugly battle with one of his stars, running back Marcus Allen, and when he got along with his head coaches (not a given) — most notably John Madden, who led the Raiders from 1969 to 1978, perhaps their most successful decade — they spoke warmly of him.