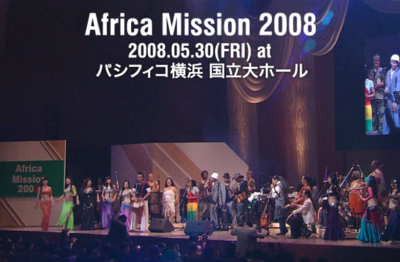 The concert was a huge success and all the photos from the show are on the link below.
http://ent2.excite.co.jp/music/africamission2008/livereport.html?no=65#main_top 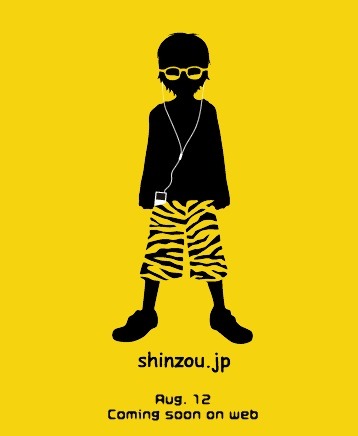 Music Meets Manga with “shinzou.jp” Shinzou Sound, a group of artists and musicians launched “Synesthesia” the interactive online manga on 12th of August 2006. “Shinzou Sound” is a group of creative collaborators sp specializing in manga, music, web design, and sub-culture.

They joined forces with the simple concept of merging their talents in an effort to deliver the new entertainment of music and manga in an innovative way.

Exclusive songs, inspired by the manga story have been commissioned for “Synesthesia” as well as playlist from international and Japanese DJ’s. The music, podcasts and playlists are available from iTunes Music Store Japan.

“Synesthesia*” has three main characters: Shinzou (main character), his sister Tamako, and DJ Karita (who they met when they accidentally swapped iPods on the train). These se 3 individuals form a band and begin a journey of musical inspiration.

*Synesthesia is a neurological condition which causes ones sense to influence another sense, for example, people with synesthesia may see shapes or colors when they hear sound, or see colors or shapes, they might hear sounds.

Some of the world’s most notable artist from Jimmy Hendrix to Mozart have been gifted with sy synesthesia, which could be one reason why they were able to erase boundaries between the senses and open perception to new possibilities.

The story is split into 10 episodes with one new episode release every 2 weeks. Each new episode co comes with an original new song, which can be downloaded free, from iTunes. Users can also so download Podcasts showing behind the scenes, interviews and more.

Shinzou sounds are also planning a live event to merge the manga st storyline with an actual live event. They plan to invite artist who’ve contributed to the project to participate in bringing Shinzou’s world to the stage.

Shinzou sounds plan to publish a physical manga book at the end of the “Synesthesia” series along with a full-length digital album featuring the entire soundtrack, this will be a true co collectors edition.