I realize that there is lots of controversy regarding the young gymnasts from China but one of the things I loved best about these Olympics was also a blow struck for the “old folk”. You know what I mean, those Olympians who were foolishly thought to be over the hill.

I will try and relate their performances to to my business where it seems like the young have a perceived edge in creativity.

41-year-old Dara Torres with her 1/100th of a second behind Silver Medal; Oksana Chusovitina with her Silver in the vault; and Constantina Tomescu-Dita with her Gold Medal in the marathon, were each the oldest person competing for their event, and came away winners in what’s typically seen as a young person’s game. 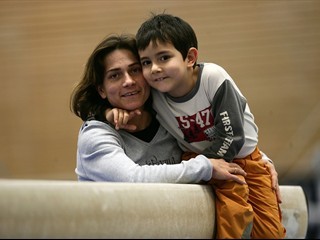 You hear a lot about the perils of age discrimination and let’s face it, it’s real and it does exist. But let’s take a page from these Olympians, and think about how you can turn your age into an advantage:

Great attitude. When Dara came up just short of the Gold Medal in each of her events, who would have blamed her for being upset, bummed out, or bitterly disappointed at missing her chance for the top rung?

But instead, she was a runner-up with grace.

She beamed. She laughed. She congratulated the winners. And she showed what sportsmanship at the highest levels is all about.

A great attitude like Dara’s is going to see you through the near-misses and the almost-had-its, and that, is going to make you the champion in the long run.

Use Wisdom. Constantina Tomescu-Dita out-thought the pack in the marathon.

Her strategic gamble to break away at the mid-point of the marathon paid off when her younger competitors thought, “Hey, she’s gotta be bluffing.” 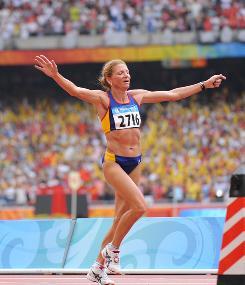 To paraphrase Ronald Reagan, exploit your opponents’ youth and inexperience. Open up a wide gap when they think you’re taking it easy, and laugh your way to the Gold.

You’ve had a lot more years to train so you should be better!

Dara Torres broke a world record in the 50 mm freestyle that she first broke 26 years ago as a 15-year-old. Those two-dozen-plus years of training paid off for Dara, her stroke, her technique, and her mental discipline all improved.

Take advantage of the lessons you’ve learned over your life, you’re sharper, you’ve seen it all, and you’ve got a lot of learning to bring to bear on the business problems of your clients. Put your best foot forward and really showcase that expertise after all, it’s been a long time in the making!

OK, folks, those, at least, were the lessons that I picked up from watching the “Old Olympics.” I hope you found something similarly inspiring in all the performances these past two weeks that will help you raise your game.