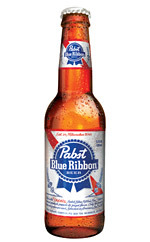 Pabst Blue Ribbon is a recession juggernaut, but not just because it’s cheap.

Sales of PBR are up an astounding 25% this year, according to Information Resources Inc. And while cheaper beers — a group within which PBR has long been something of a mascot — are outperforming their more expensive peers as consumers look for low-cost options these days, there’s clearly more than pricing at work here.

For starters, PBR isn’t that cheap any more. The brand hiked prices this year, and a case of PBR now costs $1.50 more than MillerCoors’ Keystone, $1 more than Anheuser-Busch’s Busch and Natural brands, and 50 cents more than Miller High Life.

And it’s growing at a faster clip than all of the aforementioned brands — all of which are growing this year — despite the higher price.

So what’s driving consumers to choose PBR? It’s not media spending, that’s for sure. According to TNS Media Intelligence, PBR didn’t register any measured media spending during the first half of 2009.

That’s a clear contrast from other cheaper brews, which increased spending during the period vs. the year earlier in order to get front of mind with drinkers seeking cheaper options. Natural Light, for instance, spent $1.4 million on measured media in the first half, up from only $350,000 a year earlier. And Miller High Life spent about $4.7 million during the first half of 2009, compared to $4.5 million a year earlier.

All of those brands are substantially bigger than PBR, which accounts for about 0.7% of the U.S. beer business, vs. Keystone Light’s 1.8% share, High Life’s 2.3% share, Natural Light’s 4.2% and Busch and Busch Light’s combined nearly 6%.

But still, if PBR costs more and advertises less, why is it up 25% this year, vs. an 18% gain for Keystone and low- to mid-single-digit gains for the others?

The answer, wholesalers and beer-marketing experts said, is likely found in marketing activity that occurred long before the current recession.

Back in 2004, Pabst executed a highly effective word-of-mouth campaign that made the long-declining brand an “ironic downscale chic” choice for bike messengers and other younger drinkers who viewed the beer as a statement of non-mainstream taste. PBR sales surged by nearly 17% that year, and have climbed at single-digit rates since, until this year, when the recession sent its sales soaring as more drinkers were pushed into the sub-premium category.
Think of it as conspicuous downscale consumption, or something like it.

“There’s still a bit of hipness to it,” said Benj Steinman, editor of Beer Marketer’s Insights. “Of all the sub-premiums, it’s got a little more cache.”

“It’s an anti-establishment badge,” added a major market wholesaler. “It seems to play to the retro, nonconformist crowd pretty well.” 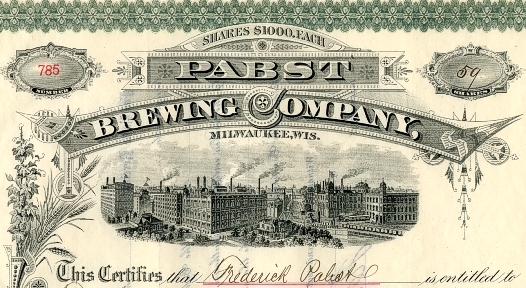