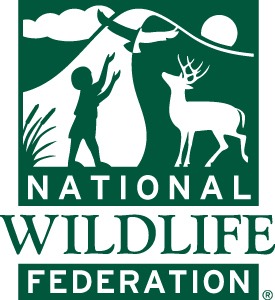 Donors are encouraged to text the keyword WILDLIFE to the short code 20222 to make a micro-donation of $10 to the NWF Gulf Oil Spill Restoration Fund.

This is already one of the worst environmental disasters in the nation’s history. More than 210,000 gallons of oil per day are gushing into what is already a fragile and vulnerable ecosystem, threatening the coastline, the region’s fishing industry and 400-plus species of wildlife that are still recovering from Hurricane Katrina.

There is an urgent need for the general public to get involved to help preserve marine and wildlife habitats in the region.

The NWF is raising funds to enable its staff members in their collaboration with local and national nonprofits, the organization’s state affiliate network, and state and federal government agencies to help mobilize a meaningful volunteer response to this catastrophe.

There are two primary reasons why is mobile ideal to fulfill this strategy.

The immediacy with which people can make a difference with their donations. Additionally, the microdonation amount of $10 removes a lot of barriers to donor participation.

The oil spill news is very timely. Prospective donors can see a call-to-action and make a spontaneous gift to help.

The donation appears as a charge on a donor’s wireless carrier bill, and standard rates may apply. The process is fast, easy and secure, which promotes a very positive user experience.

Just [yesterday], the response to the announcement has been very strong. NWF will employ a mix of traditional print and broadcast public relations, Web communications, direct marketing and social networking. 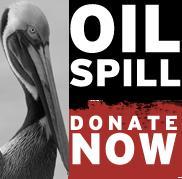 As we saw with Haiti earthquake relief, social networks play a large role in spreading the word to the widest range of donors. So, NWF are getting out the word via Facebook, Twitter and the other popular social networks.

Mobile a great channel for nonprofits because the immediate response of donors is huge for nonprofit organizations.

Depending on the cause, call-to-action and other cobranding elements (e.g. celebrity spokesperson, sports or entertainment affiliations, etc.), nonprofits sometimes can raise organizationally transforming funds in a very short amount of time.

The MGF has worked hard to streamline the process of getting nonprofits onboard, vet our approved list of application service providers (ASPs) that offer the technical capabilities to nonprofits to enable mobile giving, and make the user experience as safe and easy as possible.

As BP feverishly works to corral the thousands of gallons of crude oil its damaged well has pumped into the Gulf of Mexico dangerously close to my home in Destin, it is also fighting a major image crisis. But much like trying to clear up the oil oozing in every direction in the Gulf, its PR crisis may also soon turn into an impossible battle — and that is partly due to a successful marketing campaign that pitches the company as environmentally friendly.

What Size is Your Carbon Footprint?

Because BP has long waved the “green” flag, the oil giant seeming so unprepared for a catastrophe of this magnitude puts the ad campaign at odds with reality.

The company’s “Beyond Petroleum” campaign, launched with the help of Ogilvy & Mather almost 10 years ago, was seen as a classic case study for rebranding. Indeed, in an ironic twist, the company was recently named as a finalist for a federal award honoring offshore oil companies displaying “outstanding safety and pollution prevention.”

The disconnect has come off as shocking even to crisis experts, including Harlan Loeb, U.S. director crisis and issues management at Edelman.

“This kind of event should clearly have been contemplated in their crisis simulations,” Mr. Loeb said. “BP is an enormous actor in offshore drilling and exploration and the fact that this kind of event took place, while tragic and horrible, should not leave BP looking totally unprepared.”

If it appears that the company is following Toyota’s crisis playbook, Mr. Loeb said people shouldn’t be too surprised by that. He said BP, much like Toyota, is a very centralized company, which tends to result in a non-efficient and non-comprehensive decision-making process when a crisis strikes. 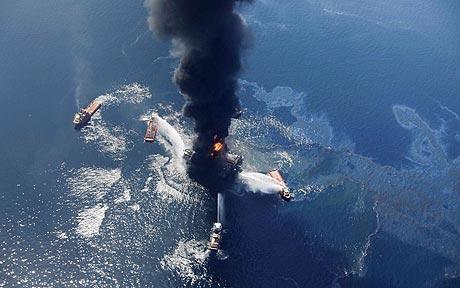 “It troubles me that as of yesterday the governor of Louisiana was still waiting for a contingency plan from BP,” Mr. Loeb said. “It wouldn’t shock me if the attorneys general of the affected states intervene and pursue BP on some legal front, compelling them to step up with a contingency plan. It’s beginning to spin out of control for them.”

What troubles Mr. Loeb most is that not only does BP lack a visible presence in the news cycle, which it has not managed to get out in front of, but the reports that BP was offering $5,000 settlements to residents if they waived their rights to sue for any damages. “That’s a profoundly disturbing message to have resonating as one of your first public messages,” Mr. Loeb said. “When the public sees the company leading with a legal protection agenda trying to limit legal exposure, it’s not a good thing.

The next shoe to drop is usually the attorney general intervening to remind the company of its obligations. Perception-wise, this is out of control. Operationally it’s an enormous issue but they are not at all visible.”

I know what I will tell them to do with the 5K offer.