I lived in Kuala Lumpur for years and always found the country to be very tolerant of all religions but I was a bit shocked to read about this news. I know from past experience however they mean business. 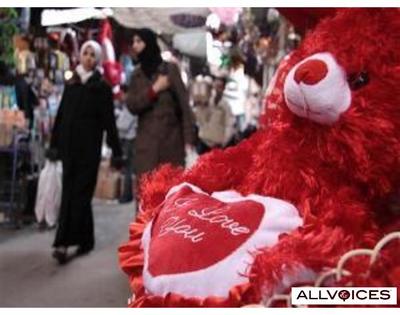 A number of local governments in Malaysia forbids residents to celebrate Valentine’s Day. They will dispatch a team to check whether there are unscrupulous events on the day of celebration of love, which takes place every February 14.

According to the daily pages of The Star, Wednesday, February 9, 2011, the policy was put in place the state government of Kedah, Penang, Kelantan and Selangor. Chairman of the Youth Party of Islam se-Malaysia (PAS), Nasrudin Hassan Tantawi, said officers will arrest people caught engaging in immoral acts on the basis of Islamic law.

“We have identified the points in these states that will be used by couples and we also will lower the official from the ministry of religion and party members to stop the sinful action, such as free sex, in violation of Islamic law,” said Nasrudin, as quoted by The Star.

Nasrudin said those who commit immoral acts would be arrested, the organizers who organized the event in violation of Islamic law will also be dealt with firmly. Such events, said Nasrudin, spread among the young these days in Malaysia.

For example, last year there were campaigns that promoted a “day without any panties” on Valentine. Several years ago, a hotel in Kuala Terengganu offered a free room for the first 100 couples who came in. Carumba, that may have even been banned here in the deep South in the USA.

Nasrudin said that according to the policies issued by the National Fatwa Council of Malaysia, Muslims in the country should not celebrate Valentine’s Day because it contains elements of sin and Christian. PAS, said Nasrudin, will also be distributing pamphlets and leaflets lecturing on Valentine deviation.