I just read about the results of a 2015 global education survey that shows U.S. high school students come in a dispiriting 26th out of 65 places worldwide in combined scores for math, science and reading tests.

This latest league table, ranking more than a third of the world’s nations, shows once again the poor performance of the United States, slipping behind successful European countries and being overtaken by Vietnam. It also highlights the decline of Sweden, with the OECD warning last week that it had serious problems in its education system.

The OECD’s Program for International Assessment (PISA) suggests that while America lags, Asia soars: Out of the top 10, eight are in the Asia-Pacific region — led by Shanghai and Hong Kong in China, Singapore, South Korea and Japan.

The rise of education in Asia is no accident. It reflects deliberate policies and long-term investments that recognize the centrality of quality education to a nation’s economic growth.

After living in Singapore and witnessing their growth and progress first hand I was especially taken by the former Singapore Prime Minister Goh Chok Tong’s quote after the 2011 survey, “A nation’s wealth in the 21st century will depend on the capacity of its people to learn.” I think we should follow their lead.

I have listed a few of their key “best practices” from the most recent report that we here in the US are still only debating but should certainly adopt;

1) Rigorous standards and coherent curricula. I also saw this first hand in Japan, Asian nations establish high academic standards and a demanding school curriculum that clearly defines the content to be taught and is sequenced to build on a student’s abilities step by step. High-quality teachers and principals.

2) Teachers are routinely recruited from among the top high-school graduates and, unlike in the U.S., principals generally do not apply to become school leaders as much as they are selected and prepared to do so. There are comprehensive systems for selecting, training, compensating and developing teachers and principals — delivering tremendous skill right to the classroom. 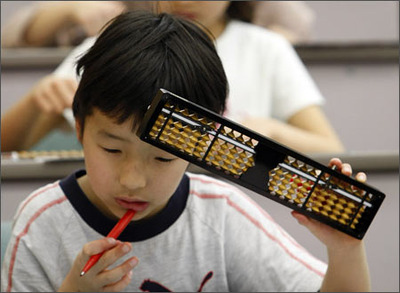 3) Emphasis on math and science. Math and science training begins early in primary school and rigorous courses such as biology, chemistry and physics, as well as algebra and geometry are part of a core curriculum for secondary school. Specialist teachers are often employed in elementary schools unlike “generalists” usually found in U.S. schools.

4) Time and Effort. With longer school years and sometimes longer school days, Asian students often have the equivalent of several more years of schooling by the time they finish high school than the typical American student. Asian students are also expected to work hard in school, reflecting a societal belief that developing one’s skills and knowledge reflects effort more than innate ability.

The time has come for America to learn from Asia and the world. Our ability to compete and lead in a global economy may well depend on it.

Dr.Asenoff my doctor in Tokyo is a medical marvel himself still practicing at 95 years of age…I was very happy to find an English speaking doctor and one that was so worried about my health, especially my Gout.

However one day as I was getting yet another steroid shot to relieve the swelling from my monthly gout attack I noticed in his window a site that belonged to a scene from medieval ancient medicine, when doctors applied the worms to patients to ”cure” just about every condition and yes Druids danced by the light of the moon. But there they were, leeches in a Mason jar near stethoscopes, electronic devices and bottles of modern miracle drugs like Viagra and Prilosec. 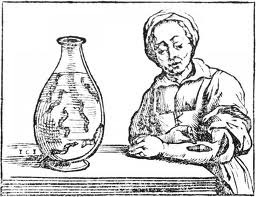 I asked him about the leeches and he told me that Japanese often apply leeches to their arms in the belief that their health will improve when their body produces a fresh supply of blood in response to the few ounces painlessly lost to the leeches. My doctor was using them to reduce swelling in some cases.

Leeches in modern medicine? A horrifying thought. I am sure in American medical school, nothing is taught about leeches. All I remember about that visit to the doctor is that leeches are one of the most shocking examples of the cultural differences I found in Asia.

Well, I shouldn’t say too much about the cultural divide when even Demi Moore made a public declaration that she uses leeches to keep herself “looking fresh and feeling healthy.” While I don’t endorse the personal use of leeches Demi is a great case history and it seems that leeches are medical marvels.

Today’s doctors use leeches, as well as maggots, with great success. Surgeons, for instance, use medical leeches to remove blood from the site of skin grafts or reattached parts and to relieve congestion in the blood vessels.

The leeches used for medical purposes are a European variety called Hirudo Medicinalis and are raised on special leech farms. Sounds like science fiction or just fiction doesn’t it?

The Hirudo leech works some additional magic by secreting a chemical in its saliva that acts as an anti-coagulant to prevent blood clotting… hirudotherapy.

I recently read this online, “Music mogul SIMON COWELL is infuriated after learning LEONA LEWIS made a secret album – which is due to be released alongside her official debut. Cowell was informed about the record, The Best Kept Secret, only days after Lewis’ single Bleeding Love reached number one in the U.K. charts on Sunday and is mounting an attempt to block the ‘unofficial’ LP before its release next month.”

Yikes too late…my colleagues have the rights to the “secret” album for Asia pacific and Japan and it is already in stores here in Japan. 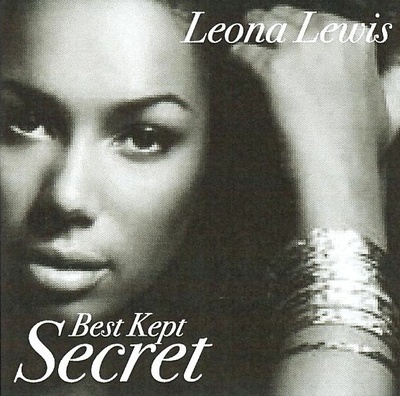 The Best Kept Secret, recorded with rival record label UEG, was made before Lewis signed a recording contract with Cowell in 2006. A statement released by UEG reads, “The situation has left a very bitter taste in a lot of people’s mouths. A huge amount of time and energy was put into working with Leona, not to mention $35,000 (GBP70,000) in production and studio costs that still remain unpaid.

“We’ve got 12 tracks and will release them so we can cover the costs accrued in development.” However, a spokesperson for Lewis says, “These are unfinished tracks and UEG are clearly attempting to exploit Leona’s success. Our team is looking into this.”

I will post a track from the album as soon as I can. The music business is very tough and I am sure the original label did put in quite a lot of effort and expense to record Leona Lewis. I am also sure that Simon Cowell did a better job of making her a star right from the start…difficult call. 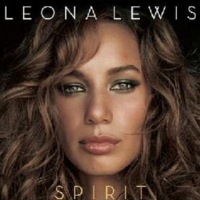