Martin Sorrel has always been a great supporter of our business here and I always respect his opinion that is why I wanted to post this article from ADWEEK. His observations about China and the Olympics are sure worth noting.

For executives like Martin Sorrell, China’s future is now. “What we saw Friday night confirmed that perception has become reality,” Sorrell, CEO of WPP Group — parent of media buyer GroupM — said of the opening ceremony. “People all over the world watching television who’ve been in denial about China’s rapid growth now finally see it’s for real.”

Sorrell, whose GroupM is the largest media buyer for Olympics host broadcaster China Central Television, said Monday that he believes the Beijing Games are a watershed event for world consumers’ view of China and for revenue at CCTV.

Through a tight relationship with CCTV, Patterson said that GroupM is able to predict that the lone Olympics broadcaster in China — where it has a near-total reach to nearly 1.3 billion people — will earn Olympics-related advertising revenue of $50-60 million, given that it paid a “modest market rate for a sole bidder.”

CCTV has not disclosed what it paid the International Olympic Committee for the right to broadcast the Games. 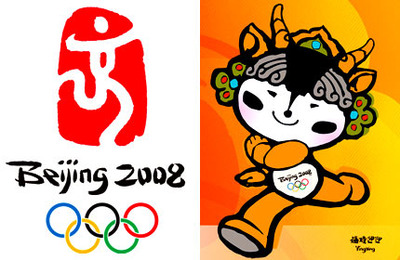 By contrast, U.S. rights-holder NBC has said it paid $894 million for the right to broadcast the Games. Although NBC has sold more than $1 billion in advertising, the GE-owned network has been supporting a team that swelled to about 3,000 people here last week since long before for the 17-day event began.

The Chinese advertising opportunity is only going to continue growing, Sorrell said. For example, WPP values state-run China Mobile as the fifth-most-valuable brand in the world thanks to its 600 million subscribers, a group roughly twice the size of the population of the U.S.

“Just think of the mobile ads market,” he said.

In contrast with that optimism, Chinese stocks on Monday fell 5 percent to their lowest level since December 2006 on what analysts said were market concerns of a post-Olympics economic slowdown.

CCTV-2 economics anchor and host Rui Chenggang also expressed a dissenting view of Sorrell’s optimism on the sidelines of a closed-door panel discussion organized by the Yale School of Management. Rui called China Mobile and the Bank of China, just two giant state-owned enterprises “world-sized, but not world-class, businesses.”

“It’s only a matter of time,” said Sorrell.