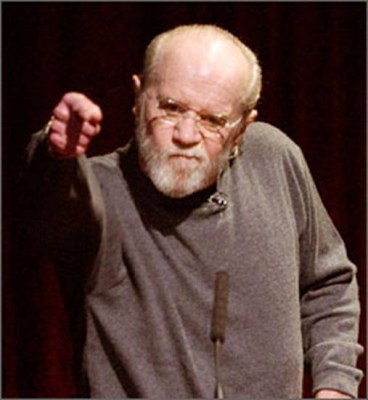 I always think of George Carlin’s views on aging the night before my birthday. Can imagine why… especially now that so many of  are aging (gracefully I would like to think) his views seem appropriate.

“Do you realize that the only time in our lives when we like to get old is when we’re kids? If you’re less than 10 years old, you’re so excited about aging that you think in fractions.

You get into your teens, now they can’t hold you back. You jump to the next number, or even a few ahead.

But then you turn 30. Oooohh, what happened there? Makes you sound like bad milk! He TURNED; we had to throw him out. There’s no fun now, you’re Just a sour-dumpling. What’s wrong? What’s changed?

You’ve built up so much speed that you HIT 70! After that it’s a day-by-day thing; you HIT Wednesday!