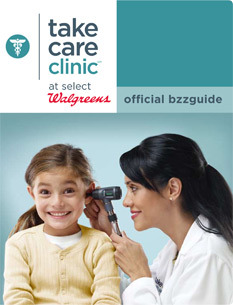 Everybody’s made that quick dash into a big-box store on the drive home from the office. You can run in, pick up some dog food, grab a quart of milk, undergo a little surgery…  Surgery?

Well I did not get the surgery but I did get a vaccination for shingles.

It was bound to happen sooner or later. With HMOs in a cost spiral and 59 million or more Americans with no health insurance at all, retailers like Walgreens, Rite Aid and Target have sniffed an opportunity and moved into the healthcare business, opening up in-store medical clinics that will do a surprising variety of things like treating pimples, testing for pregnancy and even suturing wounds.

Five years ago, nobody knew what a “retail clinic” was; today, there are some 1,100 of them. Expect twice as many in the next four years.  It’s easy to see the business logic here. Not only do these retailers get to charge for their services, but also “clinics provide additional retail revenue by significantly increasing store traffic,” says Devon M. Herrick of the pro-business think tank National Center for Policy Analysis.

The clinics also route customers (fresh prescriptions in hand) directly to the store’s pharmacy counter, where the real money’s made. “It’s a trifecta of profit,” says Kevin Hauser, CEO of digital-records company MedeFile, who’s been warily watching the retail-clinic explosion. “This is probably one of the most brilliant marketing ideas ever.”   And one of the most controversial.

While studies have shown that “drive-thru doctors” generally provide a respectable level of care, the truth is that these clinics are seldom staffed by actual M.D.s and instead rely on nurses and physician assistants. This morning a Walgreens I had a nurse administer the injection, there was no doctor on site although she did call one to confirm that she had a green light to jab me.

Critics also charge that clinics replace the traditional doctor-patient relationship with an à la carte approach. “You’re putting your healthcare into silos where nobody has ownership of you as an entire person,” says Dr. Glen Stream, president-elect of the American Academy of Family Physicians, which officially opposes the ongoing expansion of services these retail clinics offer.

I miss those days where the doctor knew every thing about me, heck my doctor made house calls then too and even attended my graduation. Doctor Nolan.   But for now, like it or not, the “doc-in-a-box” trend shows no signs of slowing down. 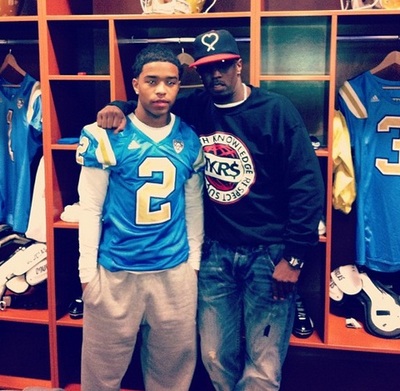 Is it fair? Of course…he earned it!

It is one of 285 athletic scholarships the university hands out every year.

It comes at a time when student fees are rising and a year after the university had to use more than $2 million in student fees to cover an athletic department funding gap.

The newspaper said Justin Combs defended taking the scholarship on Twitter: “Regardless what the circumstances are, I put that work in!!!! … PERIOD.”

The senior Combs is worth an estimated $475 million and gave his son a $360,000 Maybach car for his 16th birthday, the Times said.

Justin Combs, a 5-foot-9, 170-pound defensive back, graduated from New Rochelle Iona Prep in New York with a 3.75 grade point average. He also had scholarship offers from Illinois, Virginia and Wyoming.

If needy students are unaffected, there is no problem, said Emily Resnick, outgoing president of UCLA’s Undergraduate Students Association. “If his athletic abilities deserve it, then more power to him.”

Joelle Gamble, who will graduate from the university in a few weeks, said the scholarship could be considered an investment since UCLA would probably benefit by the celebrity Combs could bring to the school.

“It’s how college athletics works. This is how we’re going to get money,” she said.

I think we should congratulate them both…Justin could have coasted as many children of rich and famous parents but he did not he excelled. Especially coming from the bling world of rap he is a real standout. I am sure there are other wealthy kids getting scholarships in many different fields but I guess this struck a chord because of the financial crisis here in the US, maybe we are all a bit jealous? 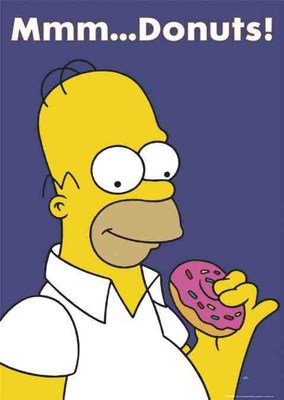 As part of Krispy Kreme’s celebration of National Doughnut Day, consumers can have a free doughnut of their choice all day — with purchase of a beverage.