I am learning Spanish and I find that learning songs is a great help…I learned this when I was a teen and still know it to this day!!! Hopefully I can become more fluent especially with the increase in Spanish speaking workers coming to Atlanta. 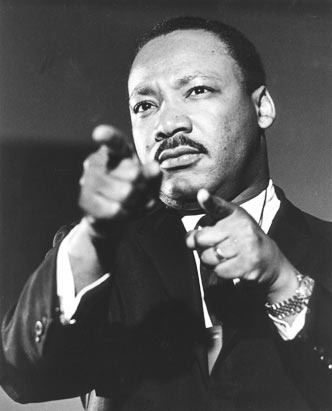 Are some Southerners still that sore about losing the Civil War that they need to befoul a day remembering a man who sought to unify people, with celebrations for a Confederate general, who for four years effectively tore this country apart?

Although I am not a “person of color” as they now say in Atlanta I admired Dr. King’s philosophies and tactics. I believe it must be a slap in the face to the African Americans living in a southern state that indulges in this injustice.

My home state of Alabama is one of three states to commemorate both men with a state holiday. The others are Arkansas and Mississippi. 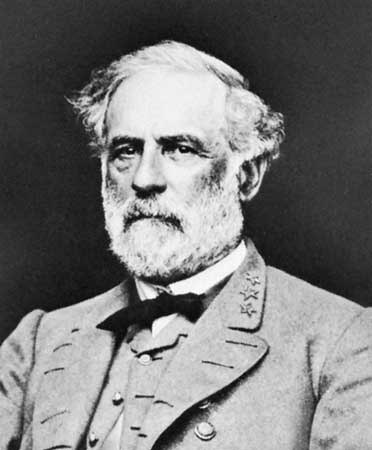 Undoubtedly, general Robert E. Lee was a brilliant military tacticians, but unfortunately they were fighting for the southern states’ right to keep slaves. I am not a huge fan of the Confederacy or anything that it stood for. I think that honestly, all of the fond memories and reverence that some southerners hold for “Dixie” and “Johnny Reb” is the reason why things down here are in some ways no different from 50 years ago.

So in my mind, celebrating Lee’s birthday in certain southern states seems overly spiteful. Especially since his birthday is conveniently placed on the same day the holiday of Dr. Martin Luther King Jr.’s birthday is observed.

Coincidence? The Alabamians say they had the Robert E. Lee’s birthday celebration on that day way before the MLK celebration became law…yes maybe so, but certainly they could at least give both their own day? 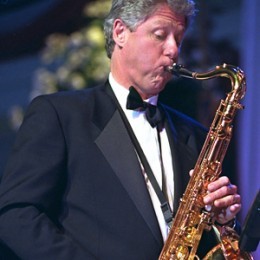 When Bill Clinton was in office we had hope we may even have had some change. He presided over a fabulous economic period in American history. Before we had new stimulus packages every other week we had a President that was in touch with the American people.

Clinton expanded financial aid for students going to college; he thought that educating young Americans was a good thing! This country had a very low crime rate, the overall crime rate declined for 8 consecutive years.

Clinton paid off $363 billion of the national debt, thanks to the lowest government spending in over 30 years.
Love him or hate him he was a good President. Let’s move to change the twenty-second amendment ruling of only a two term President.

At the very least if we did not amend the twenty-second amendment make him the Secretary of the Treasury.

Former K-State head football coach Vince Gibson has passed away at the age of 78 at his home in Kenner Tuesday morning.

My sympathy goes out to the entire Gibson family as we lost one of our great coaches and ambassadors. I came to know Coach Gibson when as a young boy in Montgomery, Alabama I somehow finagled my way into being allowed to be the Blue Team manager for the annual Blue and Gray All Star game.

Coach Gibson was the closest I came to experiencing NCAA football and he made that experience a special one for me…I even was allowed to handle the headsets on the sideline at the game…a big honor for someone just 15 and wild for football.

Coach was from Alabama and was born in Birmingham. He played college football at Florida State in 1954 and 1955.

He began his coaching career as a graduate assistant at South Georgia Junior College in 1956. Gibson coached with and became good friends with Bobby Bowden, who made sure he referenced Gibson while speaking at the BCS National Championship Breakfast, sponsored by the Fellowship of Christian Athletes last Friday. Two great characters for sure. Gibson became an assistant at Florida State in 1959 before moving to Tennessee as defensive coordinator in 1964.

Gibson got his first head coaching position at Kansas State, where he served from 1967-1974 before becoming the head coach at Louisville from 1975-1979,

Coach was gregarious and fun. He became known for his gambling style as a coach and earned the moniker “Vegas Vince.” His two wins over LSU were quite memorable. One came against an Orange Bowl-bound Tiger team. I am sure he was a lot like Les Miles. 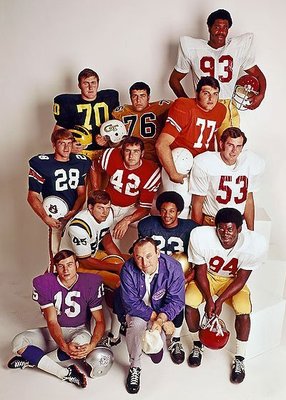 He loved purple and insisted that all K-State fans wear it to the games…no one would in those days especially since before Coach went to K-State the team had gone two years without winning a single game. Before he coached his last Blue-Gray Game he gave me a K-State jersey which I kept until it was too thread bare to wear.

Vince said, “We Gonna Win…I don’t think K-State people realize what a great school they have and the potential it offers in the competitive area of collegiate football. Don’t let anyone tell you that this is an impossible job because of the losing tradition here. Now is the time when Kansas State can become a legend in the annals of collegiate football. But let me assure you, this job is not for the timid, the skeptic or the lazy.”

A memorial service is set for next Tuesday, January 17 at 4 p.m. at Christ the King Church, 1001 West Esplanade Avenue in Kenner. 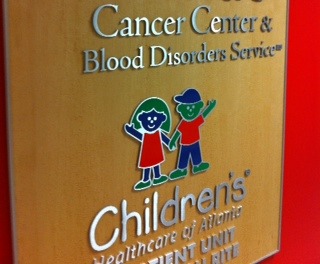 Our client Children’s Healthcare of Atlanta surprised us with a gift yesterday, 6 gallons of ice cream. And it’s not just your standard ice cream … this stuff was from Jake’s (local Atlanta midtown/Highlands/Emory creamery). There were 6 different flavors. The client literally was thanking us for the wonderful work we did and the success from the campaign we launched this past quarter…rare in the ad biz these days. 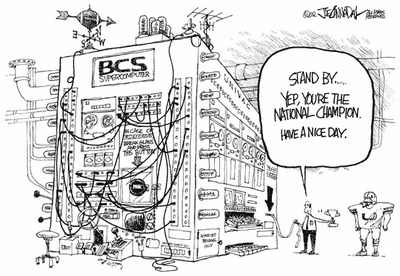 Barack Obama pledged during his 2008 election campaign to throw his “weight around a little bit” to nudge college football toward a playoff system.

At the time, it appeared as if Obama was simply attempting to curry votes with swing states as we are still watching meaningless match ups on Bowls going on as many as 40 days after the last regular season games

Now in the wake of the elimination of Osama Bin Laden and the troops coming home from Iraq, Obama appears to have a chance to push the issue again for different reasons. Facing an extreme deficit in a recession, perhaps he could use a playoff to generate an additional untapped financial windfall for the nation by transforming a currently nonprofit, multi-million dollar industry into a taxable, for-profit business.

Or he could use it to gain popularity points again in a tough election year. I may vote for him if he can do that.

“Be always at war with your vices, at peace with your neighbors, and let each New Year find you a better man.” — Benjamin Franklin 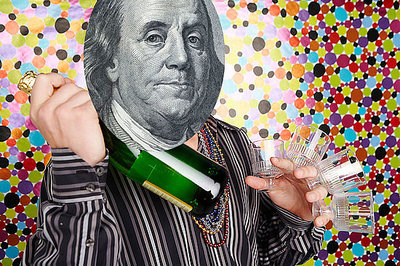