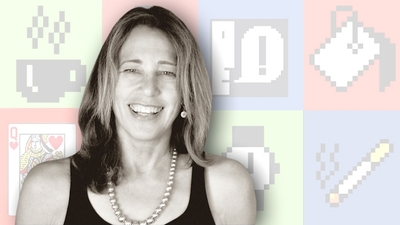 Brandon Griggs of CNN wrote a great article about the woman behind Apple’s icons.

I certainly did not know her name but thanks to Griggs I now know her work which still influences how we interact with our computers today.

She is Susan Kare, and she designed fonts and icons for Apple’s original Macintosh, including the little trash can for discarding files and the computer with a smiling face. In that way, Kare helped people such as Steve Jobs pioneer the transition from controlling computers via text to the icon-based interfaces now common on touchscreen devices.

Kare had a fine-arts background when a friend recruited her to join Apple in 1982. For the Mac, Kare designed the first font whose letters were spaced proportionally – in other words, accounting for the varying width of ”i” and “m” instead of just fitting letters into identical blocks regardless of size, which left gaps in between. As a graphic artist I am pleased about that but never knew who was behind what seems to be a simple idea unless you are obsessed with typography like I am.

Because an application for designing icons on Macintosh screens hadn’t been coded yet, Kare went to an art-supply store and bought a sketchbook so she could begin playing around with ideas. In those pages she created the casual prototypes of a new, radically user-friendly face of computing — each square of graph paper representing a pixel on the screen.” 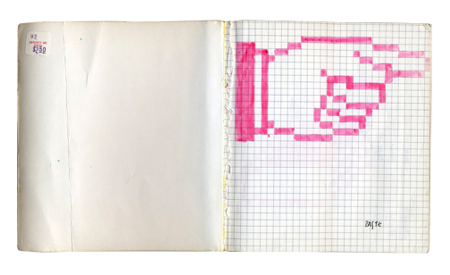 After leaving Apple Kare designed icons and products for Microsoft’s Windows, New York’s Museum of Modern Art and Facebook’s Gifts program, which encouraged users to send each other virtual birthday cakes, flowers and other amorphous treats.

After years of semi-obscurity, Kare has been getting some renewed attention lately. She just published an art book of 80 of her favorite icons created between 1983 and 2011. Her work with Apple is also cited in Walter Isaacson’s new biography of Steve Jobs, currently the top-selling nonfiction book in the country.

“She and Jobs hit it off because they shared an instinct for simplicity along with a desire to make the Mac whimsical,” Isaacson wrote.

In keeping with his rep as a perfectionist micromanager, Jobs stopped by to check on Kare’s work almost every day. When she first named her Mac fonts after stops on the Main Line commuter train in her native Philadelphia, Jobs encouraged her to think bigger.

“They ought to be world-class cities!” he complained, according to the book, Kare’s fonts were soon renamed after such cultural capitals as San Francisco, London and Venice.