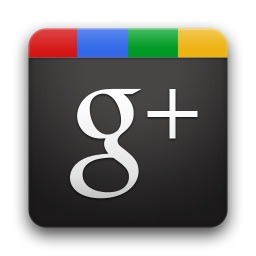 You have all heard the news that Google is once again entering the social space, this time with an offering called Google+. It’s not the first time. Google’s Orkut social network is a great success — in Brazil. Google Buzz bombed. There was the collaborative system Wave … we waved goodbye to that. You can almost taste the urgency — Facebook is taking over people’s time online and a lot of ad dollars and this is a threat to Google.

But this is the first social launch since Larry Page took over as CEO and declared that social was a major battleground.

Google+ is based around the idea of circles. A circle is a group of friends. Circles can upload and share content, update each other, even participate in a little group texting.

Google is, of course, starting from the relationships it has. Specifically, Google IDs and knowledge that comes from Gmail. It seems obvious that Google Groups will be part of this as well.

Google has finally figured out that an all-out frontal assault on Facebook will always fail. Facebook just has too much of an embedded user base. As Charlene Li has pointed out, Google+ attempts to fix a problem that many have with Facebook — they accumulate 800 friends and then realize they don’t want to share everything with everyone. In other words, it fixes one of the big privacy problems.

But if people were really all that upset with the privacy problem they would have left already. (Recent reports of “Facebook Fatigue” notwithstanding, there is no mass exodus happening.) People are putting up with it. It’s like a bad habit — you know it’s a problem, but inertia keeps you from leaving.

What will happen? Facebook’s traffic will not suffer. People will keep using Facebook. But when you have a tight little group, you may find Google+ to be just right for sharing with that group. So I think Google+ will catch on with lots of groups — Boy Scout troops, book groups, college cliques, that kind of thing. It may build a nice niche out of these groups, and extend the value of Google Groups in general. It will get people to spend more time on Google.

But it won’t replace or even dent Facebook any time soon.

What does this mean for marketers? First, you should keep a close eye on this, and consider advertising on it to the groups that matter to you. If Google+ makes it easy for companies to create brand groups, that’s worth a look.