Frito-Lay has been working for a year now on developing and testing a biodegradable bag that will completely break down in an ordinary compost pile. The corn-based polymer chip bags are set to hit store shelves this week and can be expected to biodegrade in a backyard compost pile within 14 weeks. Right now, Frito-Lay is only rolling out the new bags under their Sun Chip brand, so don’t try throwing your Doritos bag into your compost bin, you’ll only have to fish it out later.

The new chip bag material is made from PLA (polylactic acid), a corn-based polymer made by NatureWorks, who claims the material is the “world’s first and only performance plastic made from 100% annually renewable resources.” The Biodegradable Products Institute has also certified that the bag meets its biodegradable standards for sustainable packaging, and starting in May, the B.P.I logo will be included on the package.

Frito-Lay has determined through testing that under typical backyard composting conditions, the bag will decompose at the same rate as the rest of the compost — around 12-16 weeks. If the bag makes it to a commercial composter, it will take about the same time to decompose.

Few Americans compost in their backyards, and curbside pickup is typically limited to Western metropolises like the Bay Area and Seattle.” It’s likely that most of these bags will still end up in the landfill, and according to Frito-Lay’s own testing, the new bag will not decompose under the anaerobic conditions of a typical landfill.

Still, it’s a step in the right direction, and those conscious composters who eat Sun Chips can merrily toss the chip bag into their compost pile.

Watching Apple’s every move is a spectator sport. And the spectators have been agog this week over reports that tech blog Gizmodo was in possession of a lost prototype presumed to be the next generation iPhone.

Apple lent credence to the reports when Apple Senior Vice President and General Counsel Bruce Sewell sent a letter to Gizmodo Editorial Director Brian Lam formally requesting the return “of a device that belongs to Apple.” 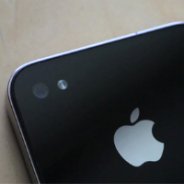 Reports circulating online say that Steve Jobs himself called Gizmodo asking for the phone back. Apple would not comment for this story. Gizmodo returned the phone to Apple Monday night.

Gizmodo Editor Jason Chen, who examined the prototype and took it apart said that “what I saw inside is as final as you can get without putting actual serial numbers on it. But Apple is known for doing a couple of final prototypes…and Jobs can change his mind at the last minute. Even if this isn’t the final one it’s darn close to what you’re going to see.”

Tech analyst Tim Bajarin of Creative Strategies concurs: “It’s mostly likely that was truly a next generation iPhone. Whether it’s the final engineering version is a question. I don’t know now if the form and function changes.”

If Apple sticks to the timeline established with earlier models, a new iPhone would be shown off in June or July.

The prototype that was in Gizmodo’s possession apparently differs from existing iPhones in several key ways, both feature-wise and cosmetically. It includes a front-facing video chat camera, an improved regular back camera, a camera flash, a better display, a micro-SIM (Subscriber Identity Module) card, and more. It will also no doubt run the previously announced iPhone version 4.0 software, which among other new features will permit you to run multiple apps at once.

The lost phone saga began the night of March 18, according to Gizmodo, when an Apple software engineered identified by Gizmodo as Gray Powell inadvertently abandoned the device on a bar stool in a Silicon Valley beer hall. Another patron ended up with the device and apparently tried to return it to Apple. Gizmodo says no one there took him seriously. But Apple knew the device was missing and by the next day had remotely wiped its data.

The phone eventually ended up at Gizmodo, which paid $5,000 to the person who found it, in Chen’s words “to do the due diligence to make sure it was real.”

Bajarin believes Apple will change the rules about any unannounced prototypes leaving the building.

Here is what we learned from the booboo…? Marketing plan?

• Front-facing video chat camera
• Improved regular back-camera (the lens is quite noticeably larger than the iPhone 3GS)
• Camera flash
• Micro-SIM instead of standard SIM (like the iPad)
• Improved display. It’s unclear if it’s the 960×640 display thrown around before—it certainly looks like it, with the “Connect to iTunes” screen displaying much higher resolution than on a 3GS.
• What looks to be a secondary mic for noise cancellation, at the top, next to the headphone jack
• Split buttons for volume
• Power, mute, and volume buttons are all metallic

• The back is entirely flat, made of either glass (more likely) or ceramic or shiny plastic in order for the cell signal to poke through. Tapping on the back makes a more hollow and higher pitched sound compared to tapping on the glass on the front/screen, but that could just be the orientation of components inside making for a different sound
• An aluminum border going completely around the outside
• Slightly smaller screen than the 3GS (but seemingly higher resolution)
• Everything is more squared off
• 3 grams heavier
• 16% Larger battery
• Internals components are shrunken, miniaturized and reduced to make room for the larger battery

With the penetration of online in the U.S. Hispanic community still relatively low, mobile should seriously be considered as a digital avenue to reach this ever-growing demographic.

According to the U.S. Census Bureau, Hispanics and Latinos make up more than 15 percent of the total population of the United States, a demographic of 45.5 million consumers that is only growing by the day.
 
Much has been said in the advertising industry about tactics and trends for reaching these consumers online. But little has been mentioned about Hispanic mobile marketing. 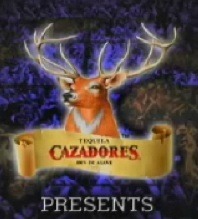 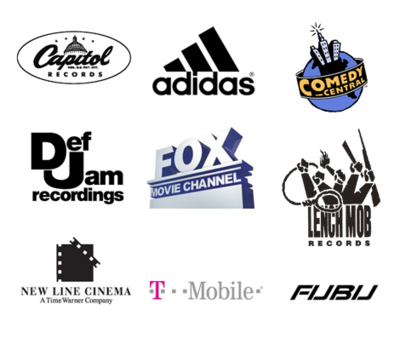 A study by M.Metrics shows us that the mobile device is a prime location to reach this group.

The study found that “with 70.9 percent of English-speaking Hispanics consuming mobile content in the U. S., they are among the most active, engaged mobile content consumers” and far surpass the general market average in mobile of 47.9 percent.

Not only are Hispanics using their mobile phones, they are ideal targets for mobile tactics.
In almost every major mobile technology including mobile video, camera phone usage, mobile applications and mobile music, the Hispanic demographic is nearly twice more likely to use the technology than the U.S. average.

I would have to speculate that this is primarily due to their lower penetration in online. With less Internet access in the household, Hispanics are turning to their phones to access the digital world around them.

The question then becomes, how can brands activate programs that target this demographic?

The answer is simple. The same way you are activating with mobile for the mainstream consumer, through integration with existing media channels and a mobile media mix. 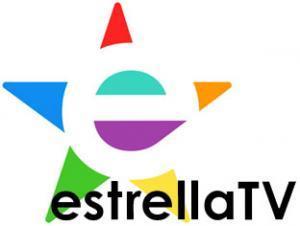 But there are a few considerations to keep in mind.

While a large portion of Hispanic consumers are bilingual, there is a large market that still communicates primarily in Spanish.

To target these consumers, Spanish-language campaigns supported by Spanish language media is a key component of your mobile mix.

While the number of impressions available in Spanish-language mobile media is still small, it continues to grow daily.
Mobile also has the inherent ability to be bilingual though call-to-action.

In SMS-based campaigns, the same text-in for your mass market campaign can be placed in your Hispanic-targeted media.

This is done with a Spanish keyword, alerting the system of the consumer’s language preference and allowing that user to receive all of their future communications in Spanish.

In toying with ads, Twitter, the net’s largest micro-publishing service, is going where every internet company in search of a dollar has gone before. But the history of how advertising has been introduced into a formerly commercial-free community is mixed, and success for this billion-dollar baby depends on how they decide to zag. 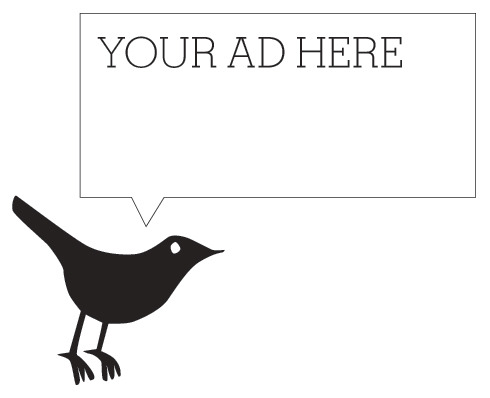 Twitter, the net’s largest micro-publishing service,launched an ad service that will let advertisers — beginning with some of the world’s top brands such as Starbucks — have their tweets show up in the top of search results. It’s a first attempt by the service to make money from its users.

Twitter’s ad model should sound familiar to net users, because it’s not unlike Google’s search ads — which let advertisers have links to their services and products show up above and beside search results. It’s not a bad model to work off, given those tiny ads propelled Google into one of the world’s top tech companies with enough global clout to even take on Microsoft and the Chinese government.

Twitter is moving tentatively, however: Only one “sponsored tweet” will be displayed alongside search results, and the ad has to be something the advertiser already tweeted.

Colorado Native Lager, which launches this week, comes from the No. 2 U.S. brewer’s A.C. Golden Brewing Co. unit, which brews craft-style beers in small quantities and markets them exclusively through digital and word-of-mouth channels. The marketer says the brand is brewed from “99.9%” Colorado-grown ingredients, a percentage that includes the locally made glass bottles. It will be sold only in Colorado, at least at first. 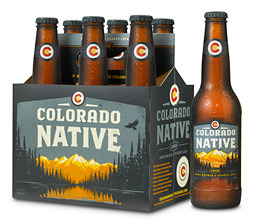 With Colorado Native Lager, A.C. Golden is using the model that worked for MillerCoors’ Blue Moon: seeding the brand through word-of-mouth and letting consumers feel as if they “discovered” the beer for themselves, which encourages them to introduce friends to it. To do so, it’s putting the entirety of its tiny Colorado Native budget into mobile and social-media channels.

Every Colorado Native label is affixed with a “SnapTag,” which, if photographed on a mobile device and e-mailed to a specified phone number, allows the brand to begin a conversation with its drinkers. 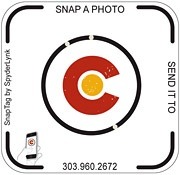 After e-mailing in a picture of the logo, a drinker will first get a reply asking for their birthday. If they say they’re older than 21, they’ll be queried with Colorado-centric trivia about their hobbies and interests, and the database will remember the answers and use them to craft future communications and offers to each individual drinker.

This week Tiger Woods is coming back to golf and to advertising.

The ad shows a close up of Mr. Woods face as he’s questioned by the voice of his late father, Earl Woods, with flash bulbs going off.

While former Woods backers Accenture and AT&T dumped Mr. Woods in the wake of revelations about his prodigious marital infidelity, Nike has been his steadiest corporate supporter, in part because its entire golf business — an afterthought before Mr. Woods came along — is so closely identified with him. They have no choice.

I believe that if he wins the Masters sponsors like Nike will never look back.