Summit Entertainment is partnering with AT&T to build excitement for the Nov. 20 release of the second film installment of its Twilight Saga franchise. 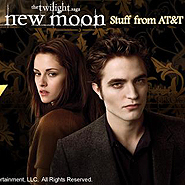 AT&T will host advance screenings of the film sequel “The Twilight Saga: New Moon”—including a special cast-member appearance—in Atlanta, Chicago and Dallas on Nov. 19. In addition, photo and video content, a mobile trivia game from RealArcade Mobile and ringtones are currently available via AT&T Share on Facebook and wireless handsets from AT&T.

“AT&T has a rich history of aligning our brand with other industry leaders—from corporate America to sports to entertainment,” said Chris Schembri, vice president of media services at AT&T, Dallas, TX. “In addition, we are continuously looking for ways to better connect our consumers with our greatest asset—our network—in ways that are meaningful, exciting and easily accessible to them.

“We feel aligning ourselves with the Twilight Saga franchise allows us to accomplish both of these missions,” he said. “One of the great things about the Twilight Saga is that it appeals to a variety of target demographics for AT&T; tweens and teens, college students, young adults and beyond.”

“In addition, it draws in both women and men with its unique storylines, action and romance themes.”

Through Nov. 12, moviegoers will have the opportunity to win one pair of tickets to an advance screening of “The Twilight Saga: New Moon” in Atlanta, Chicago or Dallas on Thurs., Nov. 19 at 9:30 p.m., which will include a special appearance and question-and-answer session by a cast member from the film.