A sign of the changing times: Tribal DDB persuaded Philips to launch an international movie theater-proportioned TV set brand with a digitally focused campaign that embodied the cinematic experience the Philips Cinema 21:9 is selling. 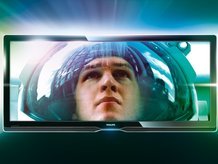 The film jury at the Cannes Lions International Advertising Festival agreed that’s the way forward by awarding their commercial the Film Grand Prix, which has traditionally gone to the world’s best commercial.

Check it out on the link “Carousel” it as amazing.
http://www.cinema.philips.com/

“Film for many years was the pinnacle of a business that has changed,” said Richard Bullock, a film juror and executive creative director of 180 Amsterdam. “An idea is no longer manifested in a single TV ad. We’re a bigger and more eclectic mix. Film is now one of the tools.”

Interactive work is changing, and is no longer just about considering something a success because it spreads virally around the world.

“It’s not just about the cat that can play the piano,” Mr. Bullock said.

David Lubars, film jury president and chairman-chief creative officer of BBDO North America, described the Grand Prix-winning “Carousel” as a “magnet.” Shot in one long cinematic take that ends, or begins again, with the opening shot of a cop with a gun, “Carousel” pans a frozen moment in an attempted armored-car heist gone wrong. It’s a brilliant film by itself, and becomes a film-within-a-film by rolling over the cursor at certain points to see how the film was made or to see a demo of the Philips Cinema 21:9 TV, he said.

“It’s only going to get bigger,” Paul Gunning, CEO of DDB Worldwide, said after the film press conference. “We’ll take the idea and make sure it extends into all the platforms. We’re looking at the best ways we can take something consumers have clearly latched onto and make it more portable.”

Gary Raucher, head of integrated marketing communications and VP of Philips consumer lifestyle, said “Carousel” was viewed online 500,000 times in the first two-and-a-half weeks, and has had more than 1 million visitors to Philips.com since its April launch, although many more have watched it on YouTube and other video sites.

If you can’t remember it, you might have been there: This year marks the 40th anniversary of The Woodstock Music and Art Fair. 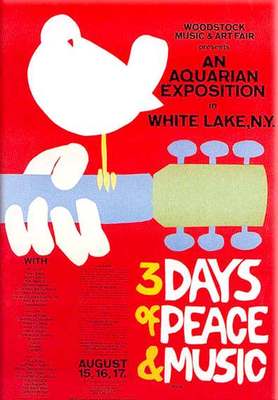 I was just a shade too young to get there. I wish I had been there to see Hendrix, Joplin and the Who.

More Twitter uses are outlined here as well but I am still wondering how the investors are ever going to get back their money though. There seems to be no business model for this great service.

For direct sales Dell says it has sold more than $2 million worth of PCs through its @DellOutlet account (over 710,000 followers) on Twitter since 2007.

For up-to-the-minute service details Twitter can function like a real-time search for airlines and others. For example, JetBlue (@jetBlue; over 730,000 followers) assiduously answers traveler queries about flight times, delays and weather updates. “It’s like an early-warning system,” says spokesman Morgan Johnston.

Twitter can deliver customer feedback that leads to enhanced services. Starbucks is using a blend of social media via Twitter (@Starbucks; over 230,000 followers), Facebook (3.2 million fans) and its own social-networking site (MyStarbucksIdea.com) for product ideas and feedback. Splash sticks, the company’s new plastic plugs for sip holes, were created in part through feedback. 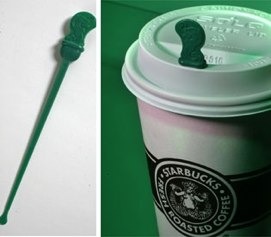 Through social-media forums on Facebook and Yahoo, PepsiCo asked customers to visit its DEWmocracy website and vote on one of three choices for a new Mountain Dew flavor. More than 350,000 voted last year. 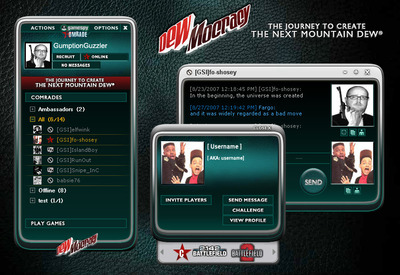 Online communities to exchange comments. Facebook and MySpace, through their respective services, offer massive bulletin boards for consumers to weigh in on major brands.

Dunkin’ Donuts actively manages a fan page on Facebook with more than 825,000 fans. It used the page extensively to complement advertising and e-mail to inform customers on a new line of healthy foods and an iced coffee day event in April.

When a Stanley Cup broadcast suddenly went black in late April, many Comcast subscribers simply scooted to Twitter to find out why.

It was there, not on a phone system with multiple options, they discovered that a lightning storm in Atlanta had caused a power outage during the Philadelphia Flyers-Pittsburgh Penguins hockey playoff game, and that the transmission would be restored soon.

“I did a search on Twitter as soon as the game went off the air,” says Dave Decker, 31, a Web developer in Pittsburgh who regularly tweets while watching sporting events. “The mystery was resolved in minutes. Before Twitter, it would have been a nightmare trying to find out what happened on the phone.” 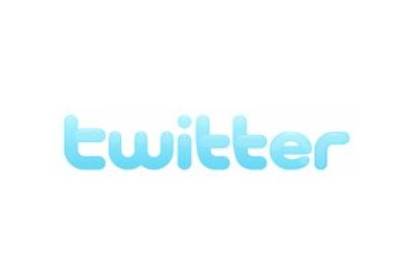 Comcast’s deft use of Twitter underscores what is becoming a staple in modern-day customer service. Increasingly, corporate giants such as Comcast, PepsiCo, JetBlue Airways, Whole Foods Market and others are beefing up direct communications with customers through social-media tools such as Twitter, Facebook and YouTube.

The popular communications technology has helped companies quickly and inexpensively respond to customer complaints, answer questions and tailor products and services. It has supplemented current customer services, easing the load on call centers and expensive mailers that most consumers abhor.

Twitter, Facebook, YouTube and online software services such as LiveOps, Salesforce.com and RightNow Technologies are all are being used to improve customer service, retain users and gain a competitive advantage.

“If you’re trying to hide from your customers, don’t use Twitter,” says Demian Sellfors, CEO of Media Temple, a Web-hosting service. “We want to know what our customers think, both good and bad. That’s a good thing.” 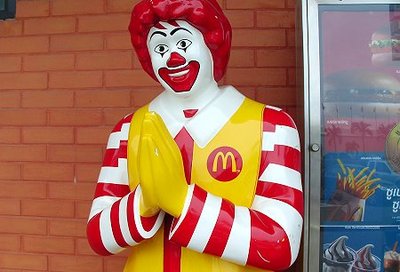 With higher prices hitting consumers from all sides, McDonald’s promised its Dollar Menu would live up to its name even as meat, dairy, grain and oil costs soar.

Last month McDonald’s said it would uphold its Dollar Menu even as the price of food staples and oil drive up the company’s input costs.

“This is not the time to be passing costs on to consumers,” said the company’s chief executive, Jim Skinner, adding that customers look to the hamburger chain to be “the value leader” especially as rising food and fuel costs increasingly strain budgets.

The World Bank reported that average food prices are 2.5 times higher now than in 2002. I am imagining a 10 buck Big Mac! Thank you McDonald’s for keeping the prices down!

My company is building quite a few apps these days as marketers of everything from beer to couture are dialing up mobile-device applications for their brands. 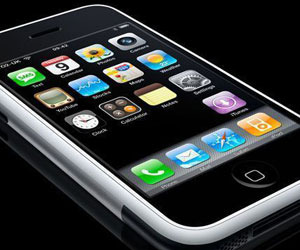 As people have become enamored of how the software works for them without having to go to a mobile browser, they’ve made more than 1 billion downloads of free and paid “apps.” Apple’s iPhone has led the way: In less than a year, the number of iPhone apps available went from zero to 50,000.

Apps are fast becoming part of today’s marketing mix because they can connect brands and products directly to consumers. That’s also made them one of the hottest topics here this week at the ad industry’s biggest annual awards competition, the Cannes Lions International Advertising Festival.

“A branded iPhone application grants a fantastic consumer engagement,” says Alexandre Mars, CEO at Phonevalley, a mobile-ad agency that has created apps for Kraft and Chanel. “They are rich, compelling and insightful. They provide a quick response time, and they are available without any data connection.”

Among other brands using apps to connect with consumers: Audi, Pacifico Beer, Hardee’s, movie studios, Sherwin-Williams, Target, Burger King and Zippo, as well as USA TODAY. Some branded apps offer games or information, while some provide utility, such as paint-color selection with ColorSnap for Sherwin-Williams. And some are just cool.

Audi, one of the first brands to launch an app last year, has had more than 3.5 million downloads of its Audi A4 Driving Challenge game. It recently introduced two more apps, including a 90-minute high-definition documentary.
“Our consumer is very tech savvy,” says Jeri Ward, general manager of marketing and strategy. “This is a way to connect on their terms and the way they use technology.”

Mexican beer brand Pacifico, with its image as a beer for people more interested in the adventurous side of Mexico than the beach, recently introduced a rooster alarm clock app that crows. It features Claudio the rooster, Pacifico’s longtime mascot. When the alarm goes off, you can shake the iPhone to turn it off and rustle Claudio’s feathers.

“It’s part of a fully integrated campaign that brings authentic bits and pieces of Mexico to life,” says Paul Verdu, vice president of marketing. “It’s especially appealing for our key audience, the 21- to 29-year-old beer-drinking guy.”

Kraft’s 99-cent iFood Assistant includes 7,000 recipes, a dish of the day and a store locator for grocers. Through last week, the iFood Assistant was the fourth-most-popular lifestyles app.

Kraft spokesman Basil Maglaris says that 90% of people who use the app also go on to register at kraftfoods.com. The app is also helping Kraft reach men. “A strong percentage of iFood Assistant users are men,” he says. “We’re appealing to a broader base of consumers than our traditional audience (of) women.” 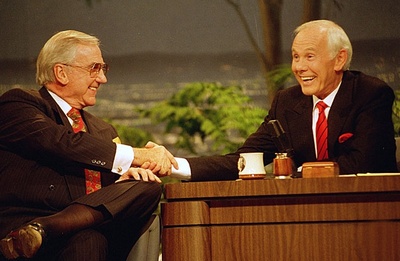