Rick Wagoner will reportedly step down from the CEO post at embattled General Motors Corp., according to Reuters.

Mr. Wagoner, 56, is cited in the report to be leaving after eight years, and a spokesman is said to have declined to comment. But he won’t be leaving empty handed…He will leave with a severance or bonus of US$ 23 million. Why in the world since under his direction GM lost a huge percentage of its value on Wall Street and extremely high losses.

The troubled automaker has been seeking government funding to keep it from bankruptcy. The beleaguered Mr. Wagoner has been the public face of GM in its quest for funding.

I think the timing is not good though as they have only 60 days to get a plan in place to restructure…who will drive that change?

The interior of the popular Whale’s Tail beachfront restaurant suffered smoke damage and parts of the roof were left charred after a late-afternoon fire broke out Saturday. 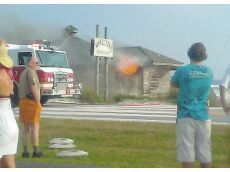 Whale’s Tail is certainly my US Headquarters…because of my schedule I am there every morning at 7 am when I am in the States, watching dolphins play, young surfers trying to catch our miniscule waves and enjoying french toast served by a bevy of Ukrainian waitresses. This is a real blow to my operation!

South Walton Fire District Deputy Chief Sean Hughes said the restaurant and other businesses on Scenic Gulf Drive had been having intermittent problems with power throughout the day. He said the fire was likely “electrical in nature” and that the 10-15 mph winds had fanned the flames.

“They evacuated the building and called 911, and when our units arrived, they saw smoke issuing from the building.”

Dozens of firefighters from South Walton and Destin were at the scene, including two ladder trucks. A fire marshal was en route to the scene to investigate the fire as firefighters sprayed streams of water on a small fire still flickering out from beneath several shingles on the roof. Dozens of spectators watched while several firefighters pulled hoses to the top deck while police secured the scene with yellow tape.

Terry Parker, a Miramar Beach resident, was inside the restaurant when the fire broke out and commented on how long it seemed to take for firefighters to arrive. And once they did arrive, “they had no water pressure.”

Hughes said the restaurant – a completely wooden structure – has been standing for at least 30 years and weathered both hurricanes and tornadoes. The fact that it had rained for three days prior to the fire, leaving the outside of the wooden structure wet, Parker said, was probably its “saving grace.” 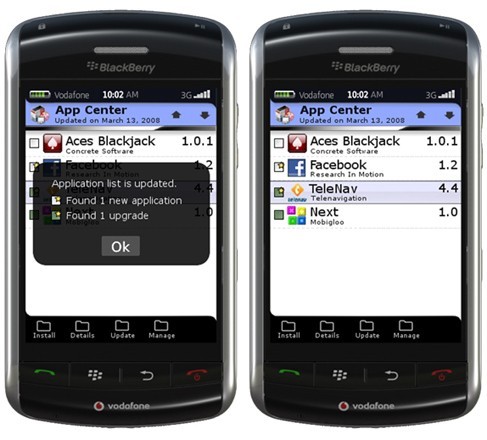 What’s more, the company is apparently planning on going after Apple by courting developers with higher profit margins and the relative sophistication of the average corporate BlackBerry user, which explains that minimum $2.99 paid app price we saw a few weeks ago. An interesting move to position the new service, but we’ll see if it takes hold with users — anyone ready to blow their budget on ‘berry software?

Wow did everyone see this story? I see that pink is used in a prison in Arizona to keep inmates in line but this is amazing. Pink lights have been installed on a housing estate in a bid to deter gathering teenagers by highlighting their acne spots. 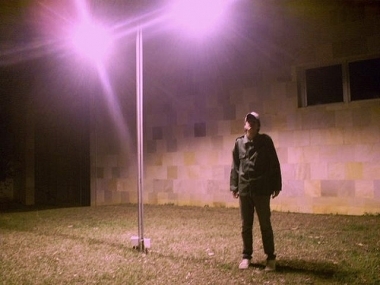 Layton Burroughs Residents’ Association, in Mansfield, Nottinghamshire, made the move in the hope of cutting anti-social behaviour.

David Brown, an independent councillor for the area, said the lights, which show up skin blemishes, had been put up in a subway where youths regularly met. These are the same lights that dermatologists use in their offices to work on teens’ complexions.

“I totally agree with it and it seems a good idea,” he said. “I know that high-pitched sounds have been tried before but didn’t work. “It’s the first time I’ve heard of it and it will be interesting to see how effective this is.

“It’s effectively embarrassing them into moving on but they could just see it as a big joke and turn up with balaclavas.”
Peta Halls, development officer for the National Youth Agency, said: “Anything that aims to embarrass people out of an area is not on.

“The pink lights are indiscriminate in that they will impact on all young people and older people who do not, perhaps, have perfect skin.

“Why waste limited resources on something which moves all young people out of an area? They will move on to somewhere else.

“They have a right to congregate, it’s part of being a teenager and most young people are good, law-abiding people.”

The lights have been installed in three underpasses on the estate.

In a week where AIG is accepting its fourth government bailout, they’ve decided to finally address the real problem … to spend some of their precious and now 80% public resources fixing what is really wrong with their company. They are working on their image. Well image is just one of their issues.

In a story that was first reported by PRWeek about AIG hiring Kekst & Co. for PR help PRWeek went on to object to the company’s entire “list of PR representation,” and, particularly to the hiring of Burson-Marsteller.

Burson has worked for clients such as Blackwater, Union Carbide, Philip Morris and Nicolae Ceausescu. PRWeek noted that, “When evil needs public relations, evil has Burson-Marsteller on speed dial.”

AIG is an ongoing concern, and as such, perception is a huge part of the reality of its business. Whether any of us agreed with the decision to prop up AIG, the fact is that $160 billion of taxpayer dollars have already been soaked up in the clean-up operation. The only hope that we see any of that money again is if the company survives and can be made sufficiently attractive to be broken up and sold. Maintaining even existing customers is going to require explanation and reassurance, functions that PR (and advertising) can help fulfill.

Over the years Burson has certainly worked for companies that many would think of as toxic. But it’s worth noting that PR done right is about honesty and transparency. Any PR professional worth his or her fee would’ve told AIG that it must explain to the press and public exactly what went wrong, offer full apologies and start to outline what steps the company is taking to rebuild business and create some value for the American people.

Oh, yes, and the PR pro would have advised that there is no way on earth you can dress up $165 million in bonuses as anything other than an offense to every citizen.

Yes, PR is still, too often, about intentional deceit. When it is, it should be called out as such. But in ethical hands, it’s about communicating facts and points of view that deserve a hearing. Right now, with a serious information vacuum being filled by anger, fear and speculation, communication is arguably more, rather than less, important.

What AIG should be saying is, “Right now we are getting an unprecedented number of questions from the press and public about our business, and we need people who can get those answers for you. You own us now, and we need to put the emphasis on the ‘public’ in public relations.”

I once traveled all over Tokyo to find a Dunkin’ shop to find a pink Homer Simpson Donut…now I have a chance to create my own!

Dunkin’ Donuts is looking to create its next donut and has asked consumers to pitch in. The coffee chain has kicked off an online contest, dubbed “Create Dunkin’s Next Donut,” offering a $12,000 grand prize to the winner with the best creation.

Participants can log onto Dunkindonuts.com/donut to design an original donut by selecting various flavors, toppings, fillings and shapes. A panel of judges will select finalists based on the donut’s ingredients, name, inspiration and marketability.

A winner will be announced on June 5, which is National Donut Day. In addition to the $12,000 grand prize, the winner will also have their donut sold at participating Dunkin’ Donut locations.

Earlier this year, Dunkin’ Donuts launched a new campaign called “You kin’ do it,” with the same familiar tagline: “America runs on Dunkin.'” The chain has pledged in excess of $100 million to promote its new motivational messaging.

Hollywood is looking at the future through 3-D colored plastic glasses.

My Bloody Valentine, Coraline and the Jonas Brothers concert film were just warm-up acts. The attack of the 3-D movie revival begins in earnest next Friday when Monsters vs. Aliens, the latest computer-animated funhouse from DreamWorks, is launched into theaters. 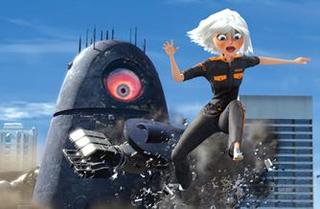 At least 12 other titles will follow this year, including such milestones as Up, Pixar’s first foray in the format; Ice Age: Dawn of the Dinosaurs, a rare chance to see that disaster-prone Scrat get flattened in 3-D; and Avatar, James Cameron’s return to feature filmmaking after a 12-year hiatus that will attempt to do for live-action futuristic thrillers what his Titanic did for sinking ships.

If ever a digital-age update on what was once an Ike-era novelty were going to take hold — and persuade more theater operators to invest upward of $100,000 to convert to the technology — it is now, with such already anticipated titles ready to give it a real workout.

“What’s going to happen in the next few months is that theater owners will ask themselves, ‘Do I want to be the guy watching cars drive by to a screen down the road?’ ” predicts Jim Gianopulos, co-chairman of Fox Filmed Entertainment, which is behind both the Ice Age sequel and the Cameron release. “With Monsters vs. Aliens and Ice Age ramping up to Avatar, there will come a tipping point.”

The next four years he will have a lot of graveling to do to make up for that comment! he will have to divert (earmark) some of the $700 billion to support Special Olympics at least.

Coupons have always annoyed me. I love to save money as much as the next person, but not at the expense of carrying around massive amounts of clutter.

I’m reminded of the episode from the last season of Seinfeld where George finds a coupon on the street, puts it in his wallet, and his wallet flies apart under the strain of too many coupons.

Well, coupons are now poised to enter the digital age. 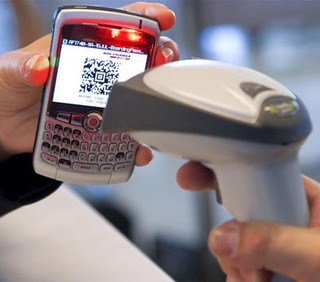 Advertisers are beginning to invest in mobile coupons, according to The New York Times. The idea is to have discounts sent to consumers via text messages or other means which the consumers would opt-in to receiving.

This move to digital could be a huge boon for coupons, and the advertising industry as a whole. Mobile coupon company Cellfire recently raised a new $12 million round while Modiv Media took $8 million for mobile marketing, including coupons.

The mobile world is evolving quickly. Semacodes or QR codes, two dimensional square barcodes, are one example. Using a cellphone camera, a consumer simply takes a picture of one of these codes and a phone with the correct software can translate it into a coupon or a URL leading to where a coupon can be found.

These ads are popular in Japan and can be found everywhere from coffee cups to billboards. Now Google is working with the technology in the U.S. under AdWords.

In the late 1990s several startups tried and failed to implement similar technologies, but the post-iPhone, pre-Android world is a very different place. Would anyone have imagined regularly browsing the Internet on a mobile phone in the late 1990s? No.

If they are already pushing it via AdWords, it might make sense for Google to include Semacode software as a part of its Android platform. Others, such as Neomedia, are working on software for the technology as well.

What makes more sense? Carrying around dozens of slips of paper in your pocket or transferring those over to your cellphone, a device you already need to anyway?