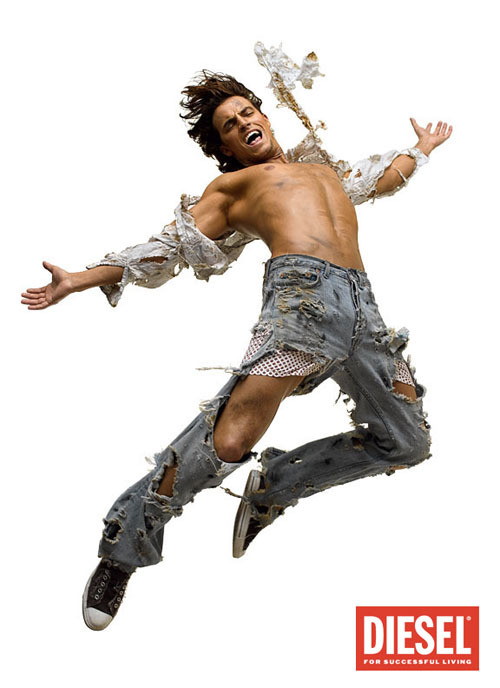 This came from an interview with the chairman of Diesel and how he sees the brand as global…not Italian.

When anyone calls the head office of Italian fashion giant Diesel in Molvena, northern Italy, staff always answer the phone with “Welcome to the Diesel planet.” That’s because chairman Renzo Rosso jokingly describes himself and his empire as being from another universe. The 45 year old Rosso is a walking advertisement for his company. Everything he wears — from head to toe and including his underwear — is Diesel. 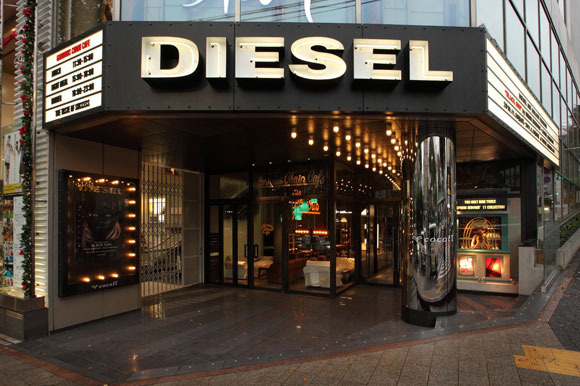 Established in 1978, Diesel is an innovative design company whose main product lines are denim and underwear for men and women, clothing for kids aged between two and six, a line of sportswear, luggage and fragrances. The company has grown so rapidly that the Italian home market now represents only 15% of the company’s annual sales. A bundle of energy, Rosso took over the reins in 1985 from Adriano Goldschmied with whom he co-founded Diesel in 1978.

He views the world as a single, borderless macroculture. From day one, he and his staff have dared to be different, whether it is making jeans layered with a metallic mesh to give them a permanent rumpled appearance, waistcoats designed to resemble life jackets, T-shirts with shark warnings or jackets featuring US tank manuals.

At one fashion show in Europe, Rosso turned the tables on the audience and made them walk the catwalk with models inspecting them as they passed by. Diesel “aliens” have set up 120 stores in 80 countries. The showpiece is their Japan flagship store, a three story, 640 square metre house of fun in Tokyo’s fashionable Harajuku.

Diesel already has several stores in Japan but a walk through the Harajuku premises is like visiting another world. The store manager, a young man sporting a pink topknot and little else in the hair department, greets you before bounding off to check a display, his cell phone permanently stuck to his ear. Soon you are wandering around in an environment in which fashion, architecture and design blend together. Customers are served free drinks at the third floor cafe; PCs and CD players are set up for your enjoyment, whether you buy anything or not.

Rosso comes to Japan two or three times a year, seldom staying longer than 48 hours. When he is not working, he is out snowboarding, playing soccer or drinking with his staff and family. During a recent whirlwind trip to Tokyo, Rosso sat down with Japan Today editor Chris Betros to discuss the Diesel universe.

What do you think of Japanese fashions? I think they’re great. I like how Japanese pick up fashion trends and then take them to the extreme. You don’t see that anywhere else in the world. Where do your clothing engineers get their ideas? We’re a global product, so we draw on every culture. Each one of our designers is provided with funding for at least two research expeditions to go anywhere in the world. When they come back, we all get together and take some things from Japan, France, America or wherever.

I like to think of Diesel as a giant tree whose roots are Italian with different branches representing various countries. We started off selling jeans. Now we are selling a way of life. And what’s that? You should turn your back on the style dictators and forecasters and let your own tastes lead you. Sampling, mixing and style surfing are the best ways to go.

Do young Japanese like the same outfits as their counterparts overseas? Kids are the same all over the world. Up until about ten or even five years ago, that wasn’t always the case. But today, Japanese kids like the same fashions, supermodels, film stars and sports superstars as anywhere else. Diesel’s target is as he calls them, kids…18 to 24

1 thought on “The Japanese Denim Market from a Diesel POV”