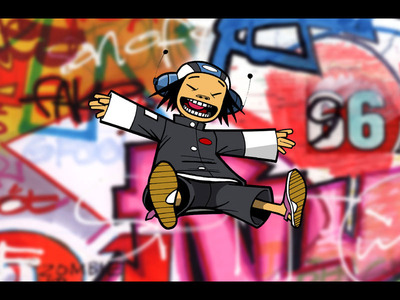 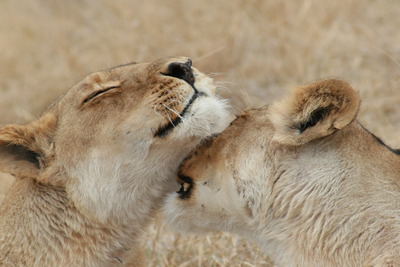 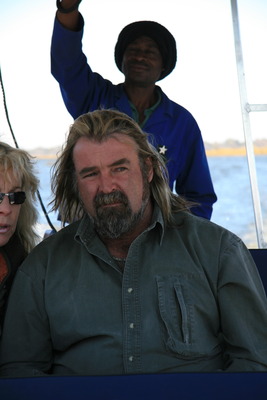 I think when a product or a service kindles an emotional dialogue with the consumer the product or service can qualify to be a brand.

As advertising becomes more ubiquitous across the country, it’s increasingly difficult for companies and products to stand out from the crowd and avoid being ignored by ad-weary consumers.

The shift in thinking is from asking how a company can motivate consumers to buy a product to asking instead how the product can touch consumers’ lives. My favorite brand is Apple ever since I saw that Super Bowl ad talking about how Macintosh would change the world.

I was reminded about why I loved Apple when this copy was used when Apple launched its iMac with their famous “Think Different” ad campaign. I got a real feeling of the mission of the company as well as its vision so I kept it in my files.

This also ran and worked well in japan.

“Here’s to the crazy ones.
The misfits.
The rebels.
The troublemakers.
The round pegs in the square holes.
The ones who see things differently.
They’re not fond of rules.
And they have no respect for the status quo.
You can praise them,
disagree with them,
quote them,
disbelieve them,
glorify or vilify them.
About the only thing you can’t do is ignore them.
Because they change things.
They invent.
They imagine.
They heal.
They explore.
They create.
They inspire.
They push the human race forward.
Maybe they have to be crazy.
How else can you stare at an empty canvas and see a work of art?
Or sit in silence and hear a song that’s never been written?
Or gaze at a red planet and see a laboratory on wheels?
We make tools for these kinds of people.
While some see them as the crazy ones, we see genius.
Because the people who are crazy enough to think they can change the world, are the ones who do.”

Although Western agencies have been established here in some cases over thirty years and Western clients like GE even longer, over 100 years! It is these differences that tend to mystify the foreigners who come to Japan to do business. Perhaps these differences are rooted in the Japanese culture.

Hopefully I can shed some light on the subject because it is fundamental to our belief that a contact and network here is extremely valuable. In the West advertising goes head to head, toe to toe. Especially in politics.

In Japan the “logic” of the approach is quite different…perhaps…
Make friends with them Prove you understand their feelings
Show that you’re nice.
Then they’ll want to buy.
Then they’ll find out what’s good about you.

This whole approach characterizes how the Japanese approach business. The one element that is most important before business can be transacted is the development of a relationship.

Japanese business is an ambiance where feelings are paramount and the most important gauge to measure how clients respond to your communication is the answer to the question often asked in research, “Is your product and company “Shitashi mi yasui” or easy to feel familiar with?” 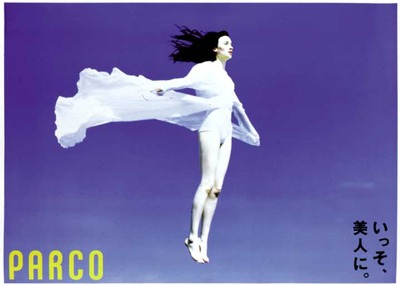 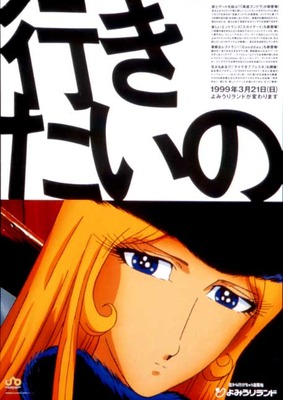 Unesco Africa Mission 2008. I will be on the 2008 Unesco Committee for this project will raise money by producing music from African and famous recording artists and then selling the songs online. The proceeds will go to the RED PRODUCT Project supported by Armani, Apple and Amex. Please look for the songs online this summer.

A good example of how this could work was Paul Simon’s African album.

I just answered this Featured Question, you can answer it too!

Even though passenger rail is supported by national governments in the rest of the world, the Bush administration proposed shutting down U.S. intercity passenger rail service by zeroing out funding for Amtrak in fiscal year 2006. The Bush budget proposal came during a fierce debate over how to reform the U.S. passenger-rail system.

Some proponents of privatizing Amtrak have pointed to privatization efforts in other countries, including Japan, as proof that Amtrak could also be privatized. Are there lessons U.S. policymakers can learn from the Japanese experience with privatization? 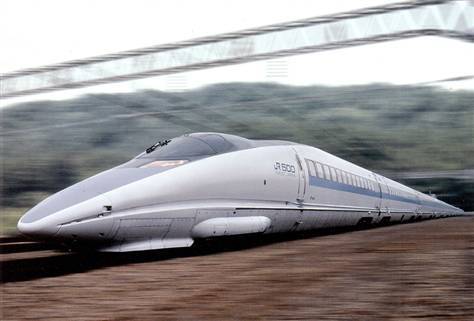 In the mid 1980s, Japan National Railways (JNR) was a monolithic national monopoly with an operating deficit, huge debt, declining ridership, high fares, poor service and political interference. In other words, JNR had many of the same problems that plague Amtrak today. In its place, the Japanese government created six separate private passenger-rail companies to serve different regions of the country.

Three of the six companies that served rural areas would be eligible for a yearly operating-deficit subsidy from a revolving government fund. The other three companies, which largely served urban areas, were expected to cover their operating costs. Each private company would be responsible for both rail operations and infrastructure management.

By most measures, privatization in Japan has been a success. Since privatization, yearly profits for the three main companies have increased to between $600 million and $2 billion, accidents have decreased by close to 50 percent, fares are stable, the number of rail employees has been reduced by 50,000 and ridership as measured by passenger-kilometers has risen by nearly 20 percent. However, any discussion of Japan’s privatization efforts must also note the Japanese government’s role in financing rail infrastructure projects and the operating deficits of rural railroads.

While the Bush administration’s proposal would effectively destroy passenger rail in the United States, the Japanese government has launched an ambitious effort to expand high-speed rail service over the next 10 years. The cost, close to $30 billion, will be funded by the national government, local governments and revenues generated from existing high-speed lines. When construction is complete, the new lines will be owned by the government and leased to the rail companies.

The same private rail company that manages operations will also manage maintenance for the new high-speed lines. Obviously, there are limitations in comparing the U.S. and Japan rail systems. Japan is especially well-suited for rail because of its high population density and short distances between major cities. Furthermore, in the current budgetary climate it is impractical to believe that the United States could build the type of dedicated high-speed rail network in its high-density corridors that Japan possesses. Yet the main difference between the Japan and U.S. rail systems is political.

The United States has never had the political will to make the necessary infrastructure investments to create a competitive rail system. Instead, from the time Amtrak was created in 1971, Congress has given the struggling railroad barely enough to survive from year to year. As a result, Amtrak does not have enough money to fix its growing backlog of capital maintenance or promote a true high-speed rail system.

In the Northeast Corridor alone, it is estimated that $28 billion is needed for rail infrastructure over the next 20 years, and billions more would be needed to implement higher speed rail. As U.S. highways and airspace become more and more congested, the lack of investment in rail infrastructure has made it difficult for passenger rail to compete successfully with these other transportation modes (all of which receive much more federal subsidy).

By contrast, Japan has consistently poured billions of dollars into its rail infrastructure (even after privatization) and has created a competitive transportation alternative to plane and automobile travel. The lesson from Japan is obvious: Intercity rail systems, whether private or public, need stable sources of public investment to be successful.

Unfortunately, this simple fact is often ignored by advocates of privatization in the United States. The administration’s legislation to privatize Amtrak does not guarantee any specific amount of federal funding for rail infrastructure. Without a specific dollar amount of stable, guaranteed funding, promises from the administration to rebuild the nation’s rail infrastructure ring hollow. This could change after Obama’s State of the Union address…perhaps we will have a “Shinkansen Moment”?

An empty federal financial commitment in the name of “flexibility” for the states is a recipe for disaster. As Japan has shown, successful passenger rail systems need more government investment, not less.

Nissan is a company worth exploring with regard to Informal Structure. Although Nissan as a Japanese company has an extremely formal and hierarchal organizational structure Carlos Ghosn created a temporary informal structure to initiate change and reach his aggressive goals for the troubled automaker. 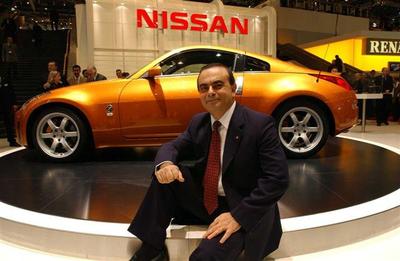 “Ghosn’s challenge was to act quickly, yet minimize the inevitable resistance that arises when an outsider tries to change traditional Japanese business practices. To resolve this dilemma, Ghosn formed nine cross-functional teams of 10 middle managers each and gave them the mandate to identify innovative proposals for a specific area (marketing, manufacturing, etc.) within three months. Each team could form sub-teams with additional people to analyze specific issues in more detail.

More than 500 middle managers and other employees formed a new informal structure to implement the so-called Nissan Revival Plan. After a slow start—Nissan managers weren’t accustomed to such authority or working with colleagues across functions or cultures—ideas began to flow as Ghosn stuck to his deadline, reminded team members of the automaker’s desperate situation, and encouraged teams to break traditions.

Three months later, the nine teams submitted a bold plan to close three assembly plants, eliminate thousands of jobs, cut the number of suppliers by half, reduce purchasing costs by 20 percent, return to profitability, cut the company’s debt by half, and introduce 22 new models within the next two years. Although risky, Ghosn accepted all of the proposals.

Moreover, when revealing the plan publicly on the eve of the annual Tokyo Motor Show, Ghosn added his own commitment to the plan: “If you ask people to go through a difficult period of time, they have to trust that you’re sharing it with them,” Ghosn explains. “So I said that if we did not fulfill our commitments, I would resign.” Within 12 months, the automaker had increased sales and market share and posted its first profit in seven years. The company introduced innovative models and expanded operations.

Ghosn, who received high praise throughout Japan and abroad, will likely become head of Renault. The change process that Carlos Ghosn launched at Nissan seems to be smoothly executed, but it was buffeted by uncertain consequences, organizational politics, and various forms of resistance from employees and suppliers.” (Kreitner, Kinicki, 2004)